Don’t turn your back on PHEVs, Government warned

Plug-in hybrid customers are five times more likely to be considering an electric vehicle for their next car than a petrol or diesel model according to Mitsubishi Motors UK, which has warned the Government not to underestimate the technology’s role in converting consumers to electric mobility. 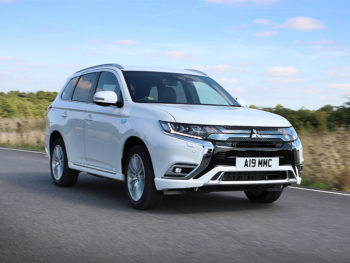 The warning follows a steep decline in plug-in hybrid (PHEV) registrations during the first four months 2019. At 10,504 units, year-to-date volumes are 20% lower than the same period in 2018, while this year’s April PHEV registrations are the lowest since 2015, according to SMMT data.

Market research, carried out by Kadence International on behalf of Mitsubishi Motors UK, suggests PHEVs are an effective stepping stone to help consumers switch to fully-electric motoring. Particularly following a week where the Government has come under additional pressure to accelerate its plans for phasing out conventional petrol or diesel vehicles from 2040 to 2030.

For example, the results suggest PHEV drivers are far more likely to be considering an ultra-low emission vehicle when they next replace their car.

The data also suggests drivers are using the vehicles as intended. On average, drivers claimed half of their weekly mileage (90 of 178 miles) was done on battery power, while 68% said they charge every day and 62% use the driving modes to save EV range for urban use – helping to reduce inner-city air pollution.

Most drivers (97%) charge at home, compared to 23% who said they use public charging points and just 10% who utilise the Outlander PHEV’s rapid charge capability for quick top-ups at motorway service stations. However, 89% claimed they would use charging points if they were available at their destination, while just over half (55%) said they plan routes based on available charging points.

Although the data doesn’t distinguish between retail and fleet customers, just half of UK Outlander PHEVs are sold to businesses. Only 15% cited tax savings as a reason for choosing a PHEV – fuel economy (86%) was the most common selling point, while 93% said they are visiting fuel stations less often. That’s despite a relatively small 45-litre fuel tank, compared to 60 litres for petrol versions.

PHEVs have accounted for at least 60% of plug-in registrations since the Outlander PHEV was introduced in early 2014, according to SMMT figures. Of the 160,000 Plug-in Car Grant eligible vehicles registered since 2011, around two thirds were PHEVs as of last November. For the last two months, the PHEV share has dropped to around 56% – though that decline is undoubtedly due in part to big-sellers such as the BMW 3 Series, Volkswagen Golf GTE and Mercedes-Benz C-Class being unavailable in the UK, due to model changes or limited supply.

Previous: A home for hydrogen?
Next: Honda reveals naming for urban electric car