Plug-in hybrid demand falls 34% on back of axed grants 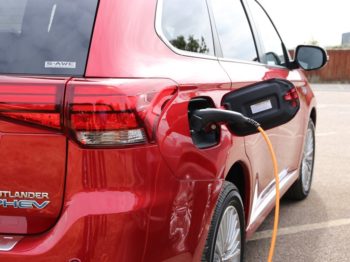 The figures from the Society of Motor Manufacturers and Traders (SMMT) show that although fleet registrations were up 2.9% in April, the total market fell to 161,064 units – the second lowest April volume since 2012 – while plug-in hybrids saw a significant decline of 34.4% for the month and 20.4% year to date.

The fall follows months of warnings over the Government’s decision to effectively axe plug-in car grants for PHEVs from October under a reformed system focused on increasing uptake of electric and hydrogen fuel cell vehicles.

Speaking at the time of the changes to the Plug-in Car Grants, ACFO chairman John Pryor said they were “quite frankly bonkers” while SMMT chief executive Mike Hawes labelled them “baffling”. Mitsubishi meanwhile said the move was “completely at odds with the Government’s stated objective of making the UK a world leader in green mobility in the future”.

Commenting on the April downturn in PHEV registrations, the SMMT said it was “evidence of the consequences of prematurely removing upfront purchase incentives before the market is ready”.

Mike Hawes, SMMT chief executive, said: “While it’s great to see buyers respond to the growing range of pure electric cars on offer, they still only represent a tiny fraction of the market and are just one of a number of technologies that will help us on the road to zero. Industry is working hard to deliver on this shared ambition, providing ever cleaner cars to suit every need. We need policies that help get the latest, cleanest vehicles on the road more quickly and support market transition for all drivers. This includes investment in infrastructure and long term incentives to make new technologies as affordable as possible.”

Overall, alternatively fuelled vehicle (AFV) registrations grew by 12.7% to 10,254 units in April, with petrol electric hybrids remaining the most popular choice, up 31.1% to 6,810 units.

Hitachi Capital Vehicle Solutions also responded to the SMMT figures. Managing director Jon Lawes said: “While there are few real bright spots in another challenging month for the UK car industry, a 12.7% increase in AFV registrations at least represents some positive progress.

“There is much more work to be done however and a 34.4% decline in purchases of zero emission-capable plug-in hybrids would suggest that the removal of subsidies is threatening buyer confidence.

“With our recent research finding that 78% of people believe vehicle emissions are a significant problem in the UK, the appetite is there but, as the SMMT rightly highlights, further measures and incentives are needed to encourage consumers to switch to AFVs.”