Eon’s pan-European charging network due by 2020

Utility company, Eon, is to install a network of 10,000 charging points across Europe, including ultra-fast units on key routes, creating a network connecting the UK to Romania by 2020. 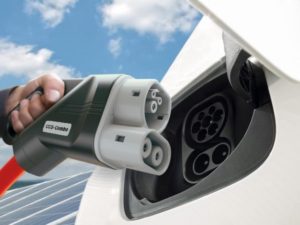 The network will include ultra-fast 150kW charging points.

This will include a mixture of charging speeds; lower-powered units where people stop for longer, such as at supermarkets and train stations, and ultra-fast charging points offering an output of 150kW (three times faster than today’s rapid chargers) at short-stop locations.

The 150kW chargers are designed to be easily upgraded to offer an output of 350kW, matching the network confirmed by a consortium of car manufacturers last week. This would enable drivers to recover around 250 miles of range in less than half an hour.

The first of its modular charging points are already in place; Eon has a collaborative project with service station operator Tank & Rast in Germany, and a partnership with the CLEVER charging network which has sites in Norway and Denmark.

Anthony Ainsworth, global head of marketing at eon, said: “Our aim is clear, to remove the perceived barriers of electric vehicles to really help improve the electric future for our customers. We are doing this by developing a growing network of charging points throughout Europe; whether at home, at work or on the go, from the city to the mountains.

“We are investing in superfast charging technology including the first superfast charging station in Germany, being installed later this year, meaning EV becomes easy and drivers can get back on the road quicker than ever before.”