The Government must commit to significant long-term incentives for electric vehicle purchase and binding targets on charging infrastructure to give consumers confidence to take the leap into these technologies. 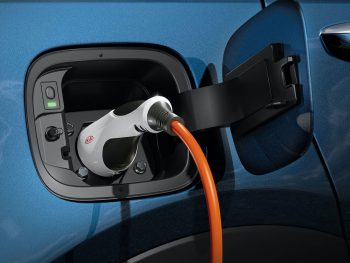 The call comes via the carmakers’ trade body, the Society of Motor Manufacturers and Traders (SMMT), as a new survey suggests almost half of UK motorists don’t feel ready to make the switch by 2035.

Published on the back of the recent public consultation on whether the original phase-out date of 2040 for internal combustion engine (ICE) vehicles could be brought forwards to 2035, or even 2032, the SMMT survey by Savanta ComRes found 44% don’t think they’ll be ready to buy a full EV by 2035, with 24% saying that they can’t ever see themselves owning one.

The survey found the biggest factors holding buyers back are higher purchase prices (52%), lack of local charging points (44%) and fear of being caught short on longer journeys (38%).

The SMMT believes these barriers can be overcome with the right strategy; it’s calling for a long-term commitment to incentives, including the continuation of the Plug-in Grant and its re-introduction for plug-in hybrids – which it says is a technology critical to the transition, giving higher mileage drivers reassuring flexibility and delivering environmental benefits now. And it says all incentives should be in place for at least six years.

Such incentives, alongside VAT exemptions for all zero-emission capable cars, would bring EV pricing more in line with petrol and diesel equivalents and potentially drive some 2.4 million sales over the next five years, with an estimated 28% market share by 2025 compared with 8% today.

Work by the SMMT and Frost and Sullivan has also estimated that going zero-emission will require 1.7 million public charge points by the end of the decade and 2.8 million by 2035, and the SMMT says the UK needs a national strategic plan delivered locally to uplift the number of charge points and ensure the right type of chargers are in the right places.

Other key SMMT recommendations include support for local authorities, with guidance on planning permission and technical standards, and a requirement to adhere to national standards.

Chief executive Mike Hawes said: “Manufacturers are working hard to make zero and ultra-low emissions the norm and are committed to working with government to accelerate the shift to net zero – but obstacles remain. Until these vehicles are as affordable to buy and as easy to own and operate as conventional cars, we risk the UK being in the slow lane, undermining industry investment and holding back progress.”

Interestingly, Castrol has also published its own research revealing the factors driving mainstream EV adoption in the UK. Its Accelerating the EVolution report sets out that, on average for UK consumers, a price point of £24,000, a charge time of 30 minutes and a range of 282 miles from a single charge are the ‘tipping points’ to achieve mainstream EV adoption. The research also estimates that the annual electric vehicle market in the UK could be worth £13bn by 2025 if all three tipping points are met.