What does the net zero 2050 emissions target mean for EVs?

By Contributor / 2 years ago / Features / No Comments

Andrew Whitehead, senior partner and head of energy at law firm Shakespeare Martineau, on the Government’s 2050 net zero carbon target and  its implications for electric vehicles. 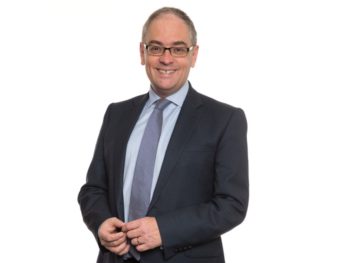 The UK government has announced it will adopt a 2050 net zero carbon target, following recommendations from the May 2019 report from the UK Committee on Climate Change.

The Committee claims this target is necessary for the UK to meet its Paris Agreement commitments, and is possible because the relevant technologies in areas such as batteries and artificial intelligence are now understood and deliverable. Cost effectiveness is also no longer a concern, as costs of these key technologies have reduced in recent years.

In its Road to Zero Strategy published in July 2018, the Government confirmed an aspiration for at least half of new cars to be ultra-low emission by 2030.  Additionally, under its air quality plan, the Government is aiming for the sale of new conventional petrol and diesel cars and vans to end by 2040. The expansion of green infrastructure needed for this plan to succeed would place the UK at the forefront of a trillion pound global industry.

In order for this to happen, charge point infrastructure must continue to be expanded in order to ensure that consumer choice is in favour of EVs, rather than conventional vehicles. In turn, this will require electricity distribution networks to adapt and embrace the opportunities presented by vehicle to grid (V2G) technologies and smart homes.

However, the Committee on Climate Change stated in its latest report that these plans may not be enough.

Transport is now the largest source of UK greenhouse gas emissions – responsible for 23% of the total volume of emissions. Less than 0.5% of kilometres driven are done using EVs or plug-in hybrid vehicles, with biofuel-powered vehicles at around 2%. Therefore, encouraging the transport industry and the public to embrace EVs is vital.

One of the most challenging recommendations from the Committee is the proposal to bring forward the existing 2040 deadline for the sale of new conventional petrol and diesel cars and vans to 2035. HGVs are much harder to decarbonise, so a decision is planned to be made in the mid-2020s on the required infrastructure to make these zero-emission at a later date.

A 2035 target would lead to an accelerated EV roll out, and EV lifetime costs may not be comparable with those of petrol and diesel cars without subsidy until the mid-2020s. Until then, financial incentives must continue, as well as ongoing monitoring of the charging infrastructure expansion.

According to the Committee, this expansion will require 3,500 rapid and ultra-rapid chargers near motorways to enable long journeys, and 210,000 public chargers across towns and cities. Comparing this with the 21,000 public chargers of all speeds that are currently installed, it’s clear that a lot needs to be done in a fairly short period of time.

This charging infrastructure will significantly increase demand on the system, presenting challenges for distribution networks and the system operator. System flexibility through smart charging is essential to accommodate the inevitable peaks in demand.

However, major network upgrades will still be needed. On this, the Committee urges future proofing, so grid capacity constraints do not impede EV growth and cost savings. This will need better regional coordination and national leadership, plus the involvement of the National Infrastructure Commission.

As a consequence of increased EV uptake, companies in the chemical and battery industries have the potential to earn a solid place in the supply chain of an industry that is only set to grow in coming years.

Investments in battery research for EVs and other applications are already under way. The Faraday Battery Challenge, which has been set up with a £246m fund as part of the Industrial Strategy, includes £80m for the new UK Battery Industrialisation Centre, which is due to open in 2020, and a further £28m investment for the Centre was announced by the Government in May.

Currently, it is unclear what will happen with these car batteries when they reach the end of their life. To avoid a recycling gap during the EV transition, car and battery manufacturers must look into re-using or recycling opportunities. Responsibilities already lie with manufacturers under EU law, but standardisation and increased regulation in this area could be the way forward.

In order to meet the net zero target by 2050, EVs must become widely used. The switch from petrol and diesel holds great potential to drastically improve pollution levels, but until improved infrastructure is in place it is unlikely that people will be willing to make the change.