Confirmation that the UK Government will legislate a 2050 net zero target for greenhouse gas emissions has been widely greeted by transport and environmental specialists but solid action must be taken on transport emissions. 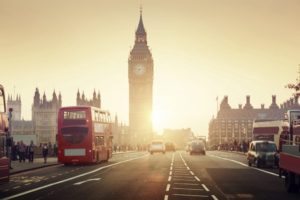 Last night’s announcement by Prime Minister Theresa May sets out that a new UK emissions target of net-zero greenhouse gases by 2050 will be legislated for to replace the current target of an 80% reduction against 1990 levels.

It follows calls a month ago in the Committee on Climate Change’s Net Zero report which said the move was “necessary, feasible and cost-effective”.

The legislation will mean that the UK is on track to become the first G7 country to legislate for net zero emissions, with other major economies expected to follow suit. Scotland has already committed to a 2045 target and the Welsh Government has also said it will commit to net zero by 2050 as with the UK.

The UK Government has also said it will conduct a further assessment within five years to confirm that other countries are taking similarly ambitious action, multiplying the effect of the UK’s lead and ensuring that industries do not face unfair competition.

The tougher climate commitment has been widely praised by environmental groups – although Greenpeace has said that “trying to shift the burden to developing nations through International Carbon Credits undermines that commitment”.

However, the Government has been urged to follow up with tough actions. This includes on transport; in its report, the Committee on Climate Change has said that all new car and van registrations will need to be pure battery electric – not hybrids – by 2035 at the latest, and ideally by 2030 for Government plans for all cars and vans to be electric by 2050 to take effect.

The LowCVP, which welcomed the new commitment, is one of the organisations highlighting the need for transport action.

Managing director Andy Eastlake said: “It’s vital that targets are backed by robust, practical and fair policies that can deliver the objectives. Climate change cannot be an optional extra, it must be front and centre when we’re developing policies in transport, as well as other key areas of the economy.

“Transport is one of the most challenging areas for decarbonisation (as the SMMT’s latest summary shows) and has, so far, proved one of the most intractable. There are real signs of progress – in road transport at least – but much more must be done by Government and all other key stakeholders to ramp up progress and help ensure that the UK is, at least, amongst countries leading the world into a new green, clean industrial revolution.

“Delivering this ambitious new target for a new generation of mobility systems presents big challenges to every player in the transport arena; automotive, energy, government, fleets and, of course, consumers… but together we can – and must – develop, communicate and deliver the plan to get us to Net Zero.”

The Campaign for Better Transport has also said that government transport policy must rapidly change to meet the net zero target. Chief executive Darren Shirley said: “A major shift to sustainable transport with growth in the use of public transport, cycling and walking is now needed. In the coming weeks the Government should commit to restarting the programme of rail electrification; bringing forward to 2030 the ban on the sale of diesel and petrol vehicles; outlining further incentives to rapidly grow the market in electric vehicles in the UK; and start work on publishing a national strategy for buses with investment to grow the network and green the bus fleet to be published by 2020.”

Meanwhile Lawrence Slade, chief executive of industry body Energy UK, has said the tougher legislation will require both public and private sector investment, while from a consumer perspective, drivers will need to have trust in where the electric vehicle infrastructure rollout is going to be.

ClientEarth climate lawyer Jonathan Church said: “In 1962, President Kennedy spoke of urgency and destiny when declaring to the world the US’s intention to reach the moon within a decade. What makes that speech so momentous today, is that the US then backed those words with effort and action to realise their goal.

“With today’s net zero laws, all levels of government, business and society now have a legal framework and a declaration of ambition showing that the UK intends to lead the world on climate action.

“We now need that concerted effort to make this declaration a reality, answering those detractors who complain about the cost, just like the American administration did in ‘69.”

And Greenpeace UK also called for rather stringent action. Dr Doug Parr, chief scientist, said:  “While the loopholes being woven into the legislation by the Treasury will need to be unpicked, and the date moved forward, this decision fires the starting gun for a fundamental transformation of our economy. The Government must immediately upgrade our electricity, construction, heating, agriculture and transport systems. They must cancel the Heathrow third runway and road-building plans, and invest public money and provide significant policy support to protect communities, workers and the planet. It’s now official – in a climate emergency, business as usual is no longer an option.”

Previous: Majority of van fleets to use EVs in 2019
Next: Fiat spots opportunities for affordable EV