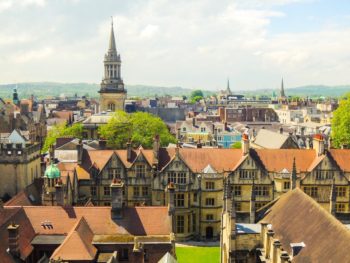 All non-compliant vehicles, including private cars,  would face a £10 charge to enter the Red Zone between 7am and 7pm

First mooted in 2017, the scheme – believed to mark the world’s first Zero Emission Zone – would see a Red Zone deployed in December 2020 for all vehicles, covering a small area of the city centre, followed by a Green Zone in 2021/22, covering the rest of the city centre.

The new proposals also cover the creation of a Green Zone covering the rest of the city centre in 2021/22, which would be accessed for free by zero-emission vehicles and with discounted charges for vehicles which comply with the London Ultra Low Emission Zone standards.

Buses and Oxford-licensed Hackney Carriages which drive within the planned ZEZ have already agreed timelines for zero-emission fleets across Oxford and would not be subject to charges.

The informal consultation on the Red Zone will invite feedback on: the level the charges are set at, whether the discounts are appropriate, the suggested hours of operation for the charging scheme, what future phases of the Zero Emission Zone should include, and when they should be implemented.

The Red Zone will then go to formal consultation in March, and the draft charging order published, with both councils making a formal decision on implementation in the spring, which could mean the scheme coming into effect in December 2020.

The plans are expected to cut pollution, not just in the city but further afield. Transport accounts for about 75% of nitrogen dioxide pollution in Oxford, and 50 tonnes of CO2 are emitted by road traffic in Oxford every morning rush hour.

Councillor Tom Hayes, Cabinet Member for Zero Carbon Oxford, Oxford City Council, said: “2020 will be a crunch year for our climate and all our futures. We face a climate emergency that threatens all of our futures. For the sake of everyone in Oxford, and especially our children’s lungs, we must clean up the lethal air we’re all breathing. Oxford’s Zero Emission Zone will come into force this year and help make 2020 the year we make a game-changing difference.

“With our strengthened Zero Emission Zone and the introduction of hundreds of supporting charging points, our medieval city is leading the electric vehicle revolution. Our two councils have taken a fresh look at the big idea of charging commuters to drive polluting vehicles in and out of the city centre. And we’re listening to Oxford’s Citizens’ Assembly on Climate Change by speeding up our journey to a city-wide Zero Emission Zone.

“Local government isn’t prepared to delay action. Our two councils are working together to enhance lives here in Oxford and across the market towns and villages of Oxfordshire.”

To find out more about the proposals, including FAQs, and have your say, click here.

Previous: Conference to shed light on how cities can improve air quality
Next: APEX EV turns up focus on leasing company partnerships