Forthcoming changes to Benefit-in-Kind tax for ultra low emission vehicles (ULEVs) have been put on hold in advance of the election. 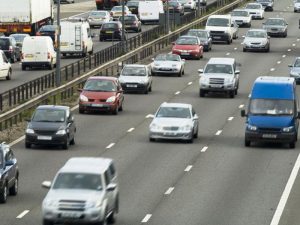 Changes would have introduced 15 new bandings, of which 11 would have been for ULEVs.

Previously published as part of draft legislation for Finance Bill 2017, the changes were due to take place from 2020/21 and would have introduced 15 new bandings, of which 11 would have been for ULEVs.

The move would have seen the appropriate percentages for zero emission cars drop from 16% to 2% from 2020, while those for cars with CO2 emissions between 1g/km and 50g/km will vary between 2% and 14% depending on the number of zero-emission miles the vehicle can travel.

Matthew Walters, head of consultancy services at LeasePlan, said: “It seems the Government plans to legislate for the clauses it took out of this Finance Bill early in the next Parliament, so this shouldn’t be read as the plans being dropped or changed.”

In total, 72 of the 135 clauses in the Finance Bill have been dropped in a move to rush this legislation through before Parliament is dissolved on 3 May prior to the snap General Election. However the changes to Optional Remuneration Arrangements (OpRAs – otherwise known as salary sacrifice), and the Vehicle Excise Duty changes are still included in the bill proposed.

David Bushnell, product manager – mobility, Alphabet, said: “The industry had pushed hard for the original Finance Bill to be discussed and debated at length so that the implications of the changes proposed were fully understood.

The concern was that this Finance Bill was a ‘knee-jerk’ reaction to the issues of a declining tax revenue base and concerns about air quality. Our key message to fleet decision makers around the UK is for themselves not to make a knee-jerk, short-termist reaction to the Government’s proposed changes.

“Some corporates may be mulling over that offering ‘cash’ to employees is more straightforward, simpler and possibly cheaper alternative to offering a company car. But this views the company car purely as a cost or a ‘perk’ – it doesn’t recognise that a car is often an essential tool which is an investment in the cost of doing business.”

Andy Eastlake, MD of The Low Carbon Vehicle Partnership (LowCVP), a private-public partnership aimed at accelerating the sustainable shift to low carbon vehicles, added: “The introduction of new vehicle testing regime (from NEDC to WLTP) will result in changes to new vehicle CO2 numbers over the next year or two, so thresholds would need to be reviewed prior to 2020 in any case.

“The LowCVP welcomes the opportunity to take another look at the changes which could also benefit from being considered alongside other aspects of motoring taxation, to ensure the most coherent overall approach to drive down carbon dioxide and polluting emissions.

“The LowCVP is working with a broad consortium of government and industry stakeholders to help develop the transition plan for the new test data and aims to facilitate understanding and awareness of the upcoming changes.”