The Fisker Karma plug-in hybrid supercar will re-launch on the 8th September as the Karma Revero, four years after its original production run ceased, its new owners have announced. 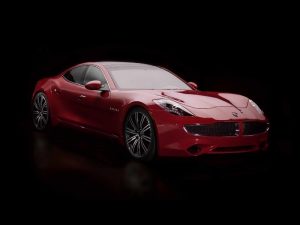 The Karma Revero will use a BMW-sourced electric drivetrain.

Now operating as Karma Automotive, California-based Fisker went into administration in 2013 and sold at auction to Chinese company Wanxiang Group in March of the following year. The Karma, its only production model, had stopped production in 2012 having been available in North America and briefly in Europe too.

Wanxiang Group, a component manufacturer which owns Fisker’s battery supplier A123 systems, said the buyout meant it could re-start production using its own supply chain, while accelerating the development of new vehicles. A smaller car, called the Atlantic, had been shown in concept form before the company went into administration, though it’s not known whether this will be revived.

Despite only small changes to the exterior styling, the Revero uses different technology to the Karma. Fisker had used a 2.0-litre petrol engine from GM as a range-extender, while Karma has an agreement to get components from BMW – this suggests a similar drivetrain to the 3 Series plug-in hybrid, though nothing is confirmed.

The Revero also features a solar panel on its roof, which is said to generate enough power to drive the car, and it will have high-speed charging capability, which the Karma didn’t offer.

On its website, Karma lists dealers across the United States, but also in Germany, Switzerland and the Netherlands, which shows that the new model will be available in Europe as its predecessor was.