Company car tax for plug-in hybrid and electric vehicles could soon be based on their electric range, as well as their CO2 emissions, HM Treasury has suggested. 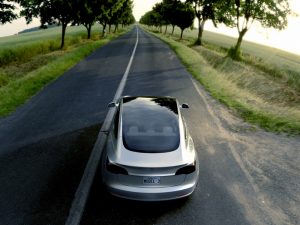 BiK reforms will aim to encourage drivers to opt for long-range EVs, not PHEVs.

The suggestion is part of a consultation document released this week, as the Treasury seeks ideas for a revised Benefit in Kind banding system to drive company car drivers into the cleanest vehicles on the market. In turn, it’s hoped that this will boost volumes of used cars.

Although the plan is to retain CO2-based company car tax, the Treasury said this wasn’t able to differentiate between the breadth of technology now available. The proposal is a system which defines ULEVs by sub-50g/km CO2 emissions, then divides them into bands based on their electric range, incentivising vehicles which can be driven longer distances without using a petrol or diesel engine.

This would, it said, “provide a clear incentive for manufacturers to move beyond vehicles with reduced CO2 emissions but limited electric mile range, which risk being driven in combustion engine mode most of the time.”

New tax bands will be announced this autumn, and come into force in the 2020/21 tax year.