Fleet Evolution, which specialises in employee green car schemes, is calling for the immediate release of 2021 Benefit-in-Kind (BiK) rates for all vehicles – but especially electric cars and plug in hybrids – as it highlights the impact on greener car take-up. 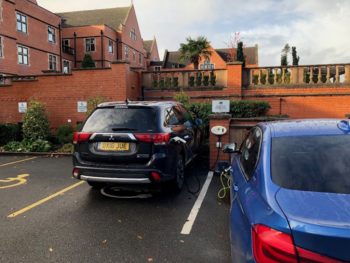 Meanwhile in February, AFV registrations were up 34.0% while registrations of pure EVs more than doubled to 731 units, compared to 355 units for the same month in 2018.

However, this remarkable growth surge is despite government policy, according to Fleet Evolution.

Managing director Andrew Leech stated: “We’ve seen a remarkable take up of plug-in hybrids and electrics on our scheme from drivers making the move from diesels; in fact 35% of our fleet is sub-75g/km CO2. But survey after survey shows employees delaying the switch due to lack of clarity on future tax rates.

“It’s obvious to all that key issues are being kicked into the long grass with Brexit ongoing but with current pressures on environmental concerns, the motoring industry and innovation surely seems a simple win for the Government.

“Given the volatility on taxation of plug-in vehicles we’ve seen over the years, the lack of clarity is holding back already phenomenal growth and sending mixed messages to manufacturers. We want what the country wants, for the Government to specify the road ahead for the next three to four years so that electric car uptake can move into third gear and beyond with the associated benefits for the automotive industry and environment.”

Previous: ALD partners with ChargePoint to bring end-to-end EV solution in Europe
Next: LCV electromobility and the future