Mitsubishi Motors UK has raised its volume ambitions to 30,000 units this fiscal year, up from 26,000 in 2016/17, with that growth underpinned by a much bigger focus on fleets. 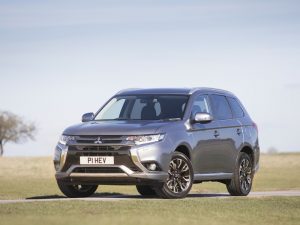 Growth has been aided by the popularity of Outlander PHEV with businesses.

Growth has been aided by the popularity of Outlander PHEV with businesses.

Managing director, Lance Bradley, said there had been an emphasis placed on faster growth since the manufacturer became part of the Renault-Nissan Alliance last autumn. The aim had been to stay consistent, with 26,000 units in the UK this year, ahead of the Eclipse Cross SUV arriving next January.

The aim now, he said, is to expand on its existing strengths – SMEs through its dealer network, and contract hire companies – but also to grow its stake in the 20-30 vehicle fleets, where the company launched a programme at the end of 2016 offering to provide vehicles, organise servicing and arrange courtesy cars to lighten the operational burden for businesses.

Mitsubishi has had three years of rapid expansion in fleet, largely due to the Outlander PHEV’s popularity with businesses, though Bradley said the last fiscal year had been affected by changes to the Plug-in Car Grant. Halving the available subsidy to £2,500 caused a pull-forward orders to take advantage of the old rate, with a lull afterwards, and put it above the list price for Motability. Volumes fell from 11,000 units to 7,500 – around 1,500 of the former were in Motability.

But the Outlander PHEV has been vital for raising the company’s profile, he said: “For two years we had the PHEV market to ourselves. Although it’s a lot of work to go and visit companies and say you should have Mitsubishis when they have the German brands, after a while that’s had an impact and opened new possibilities for us.

“What we’re finding is we’re opening door with PHEV but people are looking at the rest of the range – especially ASX and Outlander diesel – but we have pickups for people who need those, too.”