The Department for Transport has said it’s looking to evolve its current work on promoting electric vehicles as question marks remain over the future of the joint government and industry Go Ultra Low campaign. 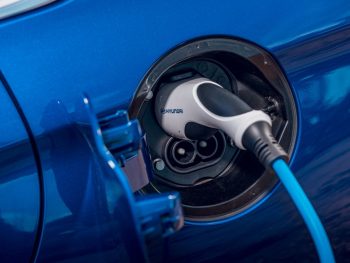 Last week saw Poppy Welch, head of Go Ultra Low, post on Linkedin that “unfortunately, we have been unable to secure any further funding from government, which means that come the end of March we will essentially be wrapping up the campaign”.

However, a spokesperson for the Department for Transport has said that it’s introducing umbrella campaigns for all communications activities, including electric vehicles, and that Go Ultra Low will form part of a coordinated cross government campaign targeting relevant audiences with streamlined messages.

The DfT added that the role of Go Ultra Low will evolve and it’s exploring options for what the future of the campaign might be, recognising the rapidly changing market for electric vehicles.

The DfT added: “The Go Ultra Low campaign is an excellent example of how Government and industry have collaborated to increase the uptake of electric vehicles – the recent 2020 market-share numbers for plug-in vehicles soaring over 10% is testament to that.

“This government is committed to building back greener and EVs are key to this, which is why we’re taking on a refreshed and more streamlined approach to our campaigns.”

Mike Hawes, SMMT chief executive, commented that it was disappointing the campaign would not continue beyond March in its current format, but said it was reassuring it’s still an essential part of Government’s ambition and will form part of its broader environmental campaigns.

“Over the past six years the Go Ultra Low campaign has been instrumental in encouraging consumers to embrace new technologies, shaping the perception of plug-in vehicles and increasing uptake to now over 10% of the market share,” Hawes outlined.

He added: “Go Ultra Low has been a standout partnership between industry and government, a collaboration that was envied by other global markets. At a time when industry is investing heavily to bring newer, cleaner vehicles to market, it’s important we maintain the momentum.”