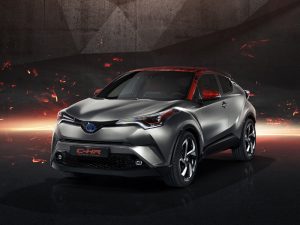 At the Frankfurt Motor Show, the carmaker revealed its Toyota C-HR Hy-Power concept previewing the possibility of a higher-powered hybrid system for its 1.8-litre petrol-electric hybrid coupe-crossover, although actual figures and timelines were not announced.

The move would see the current set-up become focused on efficiency and fuel economy, with a new offering building on this with more power and dynamic driving, with further details to be announced next year.

Dr Van Zyl added: “Hybrid will remain our key differentiator. We will expand our (hybrid) offer with more derivatives. And we will take care of our customers with an ever stronger focus on our “customer-first” approach.

“We listen carefully to our customers opinions. It is not just about hearing what they like about our hybrid technology. We also want to learn from them how we can make our hybrids even more attractive to more people. It is exactly that kind of feedback that has made us realise there is an opportunity to introduce a higher performance hybrid powertrain.”

Toyota also emphasised that its hybrid architecture – also used to serve the basis for its Prius plug-in hybrid and Mirai hydrogen fuel cell car – will continue to form the “backbone” of its powertrain programme, forecast to help cut its vehicle carbon emissions by 90% by 2050, compared to 2010.