ACFO has called on HMRC to publish Advisory Fuel Rates for plug-in cars for Q3 onwards to increase take-up and mass adoption by fleets. 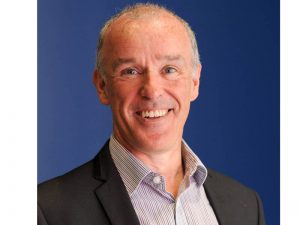 The fleet decision-makers’ organisation has already provided HMRC with real-world mileage reimbursement figures for 100% electric vehicles, range extended electric vehicles, and plug-in hybrid petrol and diesel models following its fleet industry summit in February, and has now reiterated its view that the absence of defined mileage reimbursement rates is a handicap to some organisations with plug-in vehicles on their choice lists.

ACFO chairman John Pryor, who chaired the industry summit, said: “ACFO acknowledges that it is possible for businesses to calculate rates themselves and then obtain permission from HMRC to use them to reimburse drivers. However, it can be extremely time consuming and difficult to obtain all the relevant data to undertake those calculations. Far better for HMRC to publish official figures as it does for petrol, diesel and LPG cars.”

Pryor said the fact that BiK rates for ultra-low emission vehicles will be linked to a car’s zero-emission mileage range from April 2020 brings added weight to the call for AFRs to be published.

He commented: “The fleet industry is awash with stories of company car drivers choosing plug-in hybrid vehicles in pursuit of lower BiK tax bills, but not reaping fuel economy savings. As a result, some contract hire and leasing companies have acknowledged they have had plug-in hybrids returned, with fleets incurring early termination charges, due to poorer than anticipated MPG returns. However, the reality is that those cars are not being used in the way they were intended.”

ACFO’s calculations for real-world mileage reimbursement figures follow a similar format to that used by HMRC to compile Advisory Fuel rates for petrol, diesel and LPG cars but include battery capacity information and electric mileage range adjusted downwards by 15% to take account of real driving conditions.

For plug-in hybrid petrol cars, reimbursement rates ranging from 5p to 19p a mile while the figures for plug-in hybrid diesels cover 5p to 12p a mile. And range extended electric vehicles are calculated using the above figures based on 90% electric mile range and 10% petrol/diesel mileage range using the appropriate Advisory Fuel Rate figure.

Ian Featherstone, fleet advice manager at the Energy Saving Trust – which worked with ACFO in developing a methodology to calculate Advisory Fuel Rates for plug-in cars, commented: “Advisory Fuel Rates are easy to use and ensure tax liabilities are not incurred and fleets need the same mechanism to fairly reimburse drivers for whichever ULEV technology is chosen.”