Hyundai will add 14 electrified models to its line-up by 2020, including hybrid, electric and hydrogen fuel cell vehicles, according to its European COO, Thomas Schmid. 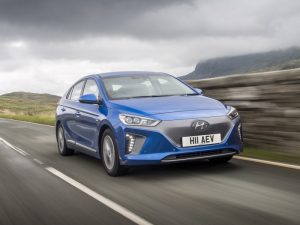 Hyundai’s electrified range will include stand-alone models such as the Ioniq, and derivatives of core products.

Launching as part of a wider product offensive encompassing 30 all-new or replacement vehicles due before 2021, the line-up will comprise five hybrids, four plug-in hybrids, four electric vehicles, and a hydrogen fuel cell SUV due for launch in 2018.

Schmid said the plan was to offer the technology in stand-alone models, similar to the Ioniq, but also to strategically add plug-in hybrid or battery-electric drivetrains to its core products. The Kona crossover will be one of the first, available as an EV from 2019, and there’s a chance that electrified drivetrains could also be used under future products from its N performance sub-brand, though this is unconfirmed as yet.

“We will do this every quickly if we see the change in consumer behaviour,” he said. “It’s still mainly driven by government incentives and taxation, and it looks like this will continue. But it’s also driven by emotions. We see a trend away from diesel to eco cars in the UK, and Spain has a drop in diesel but it’s compensated by gasoline. In France or Netherlands it’s been shifted by incentives.”

Schmid’s comments are echoed elsewhere; Hyundai UK president and CEO, Tony Whitehorn, hinted last year that the new i30 had been designed for some form of electrified drivetrain, utilising technology derived from the Ioniq.