Hyundai to launch 14 electrified vehicles by 2020 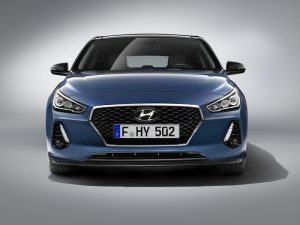 i30 Wagon will be launched at the Geneva Motor Show in March.

First to arrive will be a new B-SUV model, followed by the i30 Wagon that will be launched at Geneva in March. Geneva will also provide the first glimpse of the new fuel cell concept. A faster i30 N sport model is expected later this year and a three-door i30 fastback will complete the line-up in early 2018.

“The i30 has played a significant part in Hyundai’s transformation over the past decade, with over 117,000 sold in the UK since the first generation in 2007,” said Tony Whitehorn, president and CEO of Hyundai Motor UK.

The company, which will celebrate 50 years of automotive manufacturing this year, hit record sales in Europe in 2016 of more than 500,000 cars. Hyundai is also on target to sell over one million i30s by 2018. This is an important factor in the company’s five-year plan to be the number one Asian brand in Europe by 2021.