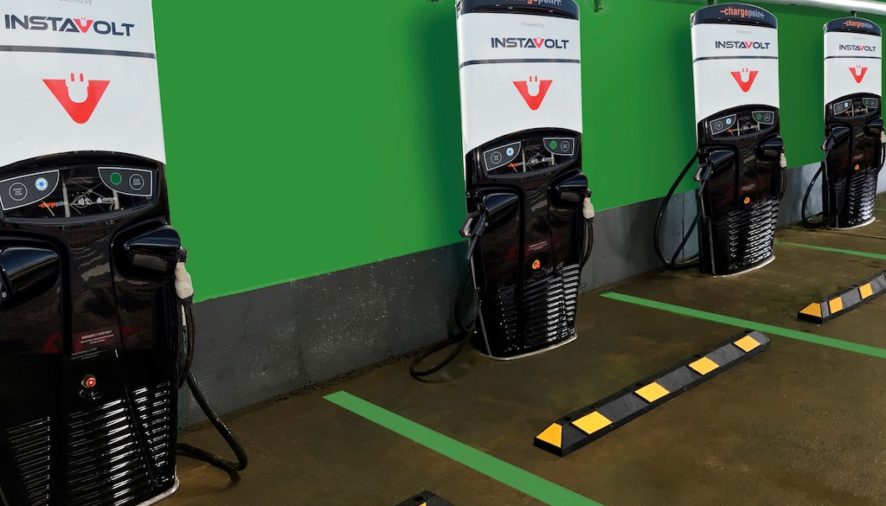 InstaVolt has deployed four rapid chargers at Merrywalks Shopping Centre in Stroud, marking the first site nationwide to have more than two of its chargers in one place. 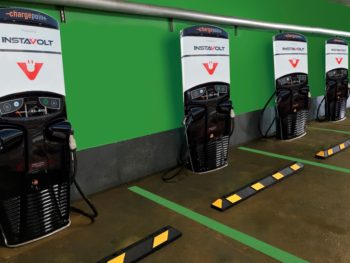 The Merrywalks chargers are located within the car park for the shopping centre and form part of a £12m phased programme of improvements by Dransfield Properties, which owns and manages the centre.

InstaVolt, which is also in the process of deploying six and even eight-charger hubs at locations across the UK, said its increased focus on charger installations above the usual single units or pairs comes as the number of electric vehicles on the UK’s roads continues to rise. Latest figures from the Society of Motor Manufacturers and Traders (SMMT) show that a total of 25,287 plug-in and hybrid vehicles were registered in March 2019, up 7.5% on March 2018 in an overall new car market that fell 3.4%.

Meanwhile latest vehicle licensing statistics from the Department for Transport show that at the end of 2018, there were around 200,000 ultra low emission vehicles in the UK; up 39% compared to the previous year.

InstaVolt CEO Tim Payne said: “The number of electric cars on the road is increasing year-on-year and that’s only going to rise further so we’re already future-proofing our offering. Having four chargers in one location means that even if several are in use, drivers can still access the swift and easy service InstaVolt has to offer.”

The announcement follows the recent news that InstaVolt recorded a record month for installations in March, with 72 rapid chargers deployed, bringing the total InstaVolt network to more than 310 units nationwide.