Interview: Mitsubishi MD Rob Lindley on the PHEV that broke the mould

By Alex Grant / 2 years ago / Features / No Comments 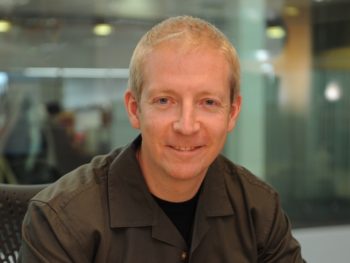 Change has come quickly at Mitsubishi in the five years since the first Outlander PHEVs arrived in the UK. The proposition was unique; a cost-efficient, practical SUV without the range anxiety issue of a full EV, it was the right car at the right time and it hit the ground running. In its first (incomplete) year, it almost doubled Mitsubishi’s passenger car sales to 16,000 units, outselling 2013’s 1,000-vehicle plug-in hybrid market 10 to one.

With over 45,000 Outlander PHEVs registered in the UK since, Mitsubishi has become as synonymous with ultra-low emission vehicles as it was for rugged off-roaders and rally-derived sports saloons. The Outlander PHEV has been the gateway into electric mobility for many customers and, according to UK managing director, Rob Lindley, it’s been just as vital for starting new discussions with fleets.

“For Mitsubishi, the company car sector really opened up with Outlander PHEV,” he says. “The L200 has always been a strong vehicle in the working fleet environment, but not as a company car drivers’ vehicle, so for us it was PHEV that broke the mould. We’ve established a corporate sales team who are dealing with customers on a daily basis – we probably wouldn’t have had that without PHEV, it really opened those doors for us.”

Lindley joined the company in April 2018, bringing a CV diverse enough to include Ford, Mazda, McLaren and, most recently, Harley Davidson. Arriving just over a year after  the carmaker joined the Renault-Nissan Alliance, it seems further change is now in the air – a sharing of platforms, technologies and economies of scale that will underpin new models and even wider electrification. This includes utilising Mitsubishi’s pickup and PHEV strengths with its new partner brands.

In the meantime, UK sales are promising, he says. Commercial vehicle registrations – heavily weighted towards the L200 – were almost static at just under 10,000 units, while passenger car volumes were up 31.5% to 21,156 units. Strong uptake for new models easily offset the complications of managing UK stock manufactured before the changeover to the new WLTP fuel economy cycle.

“In the early part of the year we were a bit supply-constrained [with Outlander PHEV],” he explains. “We were concerned about what derogation there would be on the WLTP changeover, so we were conservative on our ordering of the ’18 model year, knowing ’19 model year was coming and we might not have any derogation. So ’18 model year sales were down [year on year] but ’19 model year came and we saw a step-up in order rate of 25-30% in fleet.”

Much of the volume growth last year came from the Eclipse Cross, contributing almost a quarter of the total registrations. Lindley admits the petrol-only range doesn’t make for large-scale company car uptake, but says it’s found traction with opt-out customers and some limited rental volume last year. The latter offered an early indication of residual values, which have proved to be strong.

Having discontinued the Shogun, aside from a large end-of-line delivery to the Highways Agency, Mitsubishi now only offers diesel in the L200 pickup and platform-shared Shogun Sport seven-seater. Non-hybrid Outlanders now have a 2.0-litre petrol engine – popular with Motability customers, Lindley says – while the ASX only had a two-wheel drive petrol offer last year. The facelift, launching this year, will re-introduce the automatic, four-wheel drive version sought by customers, but there will still be no diesel engine.

So, from a core fleet perspective, Outlander PHEV remains the big opportunity, despite slightly retail-weighted sales. A heavy technical update last year introduced a new 2.4-litre petrol engine, more powerful electric motors and longer range, keeping the car under 50g/km despite the WLTP-derived “NEDC Correlated” economy figures. This proved to be an opportunity in itself – model refreshes for big-selling plug-in hybrids, and manufacturers pausing production to get back under 50g/km to qualify for incentives in other markets both narrowed the market.

Unfortunately, the launch also fell just ahead of the Plug-in Car Grant being withdrawn for anything other than fully electric models last October, with no warning. “At that point we were able to place orders for our customers to take advantage of the grant for a limited window. Working with key fleet partners, we were able to place forward orders which we’re still utilising – that had a nine-month window between ordering and registration,” he says.

Going forward, Mitsubishi is expecting a minor softening of demand from retail customers – for whom the £2,500 incentive is a big selling point – but for fleet to be pretty much stable. Even here, there’s a chance that a rise in monthly costs could push it off some choice lists – Lindley feels the decision was short-sighted, given the Government’s wider ‘Road to Zero Strategy’.

“I think it was too early to remove the grant and reduce it on electric vehicles,” he continues. “That segment hasn’t developed enough yet to say the job is done – in January and February the PHEV segment is down 7% as the grants booked in advance have begun to wind down a bit.”

Despite a shifting market, Lindley sees no reason to expand or restructure the already established corporate sales team, under long-serving Mitsubishi employee Clive Messenger. However, there are plans in place to consolidate the network of 110 dealers – currently with 90 partners – to focus on regional groups who typically have their own fleet specialism in-house, which supports ongoing sales ambitions.

“One area that Clive and the team are looking at is our penetration into the small business market,” he explains. “We have a good relationship with national fleets, very strong relationships with contract hire and leasing companies – it’s how to optimise our performance with the smaller businesses, through our dealer network, that we need to improve.”

Growth in passenger cars is only part of the picture. Mitsubishi recently launched the new L200 – the second best-seller in its class in the UK – and it’s out to maintain what’s a traditionally steady 10,000-unit volume with the newcomer. Lindley also sees opportunities for the commercial version of the refreshed Outlander PHEV – a two-seat cargo-carrier conversion which takes place at Mitsubishi Special Vehicle Operations (M-SVO) in Cirencester. Based not far from the company’s UK headquarters, this offers a full end-to-end service, from consultancy through to delivery, and has proved an attractive proposition for some large-scale fleets.

“[M-SVO] does a lot of very intensive 50 to 60-hour conversions for specific customers, where with other brands it’s a two-part job buying the vehicle and having the conversion done through a third party. We’re able to do that inhouse, which is part of our fleet offer and why we’ve been able to secure deals with companies, like the Highways Agency, Met Police and so on,” he says.

So, five years from its UK launch and with an ever-widening pool or rivals, Outlander PHEV still has the potential to open new doors in fleet.

“[The Commercial version] is an interesting concept and a really attractive financial proposition for an operator. So I think we’ll do really well with PHEV Commercial, it could be a real success story for us.”