Jaguar Land Rover has confirmed that the next-generation XJ will go electric as it also calls for a giga-scale battery production plant in the UK. 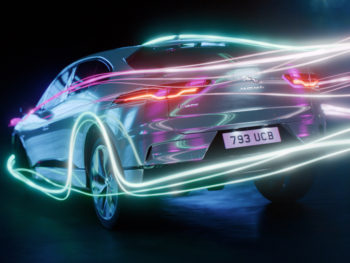 Announced as the last of the current-generation XJs rolled off the production line, the much-rumoured announcement delivers on the company’s commitment to offer customers electrified options for all new Jaguar and Land Rover models from 2020.

The new XJ will be created by the team of designers and product development specialists who developed the I-Pace and will spearhead the transformation of JLR’s Castle Bromwich facility as the “UK’s first premium electrified vehicle plant”.

Dr Ralf Speth, chief executive officer of Jaguar Land Rover, said: “The future of mobility is electric and, as a visionary British company, we are committed to making our next generation of zero-emission vehicles in the UK.”

The announcement secures a future for the plant, which has seen a series of temporary closures and production adjustments. Jaguar Land Rover also announced cutbacks of 4,500 jobs at the start of the year under a transformation plan that the carmaker said would deliver £2.5bn in cost reductions and cashflow improvements over 18 months, as well as long-term strategic operating efficiencies. Full-year results published in May for the 2018/19 financial year showed that the carmaker had returned to profitability in Q4 although it posted a £358m loss for the full year – £3.6bn including a one-off £3.1bn write-down – as a result of “multiple headwinds”, including the downturn in China but also declining diesel car sales.

With JLR also co-locating production of its Electric Drive Units (EDU) in Wolverhampton from later this year, supported by batteries assembled at a new JLR Battery Assembly Centre located at Hams Hall, North Warwickshire, Dr Speth said the carmaker was creating a “powerhouse of electrification in the Midlands”.

However, he also called on government and industry to work together to bring giga-scale battery production to the country, building on the UK Battery Industrialisation Centre and the Government’s Faraday Battery Challenge and making the UK less dependent on imported batteries.

The figures published yesterday for June show that while overall registrations were down 4.9% – with diesel, plug-in hybrid and hybrid demand all showing declines, battery electric vehicle registrations were actually up 61.7% to 2,461 units, giving BEVs a 1.1% market share compared to 0.6% for June 2018.