Millions to be made from vehicle-to-grid charging, finds Cenex report

By Jonathan Musk / 2 years ago / Tech, UK News / No Comments

The first major report into vehicle-to-grid (V2G) charging, conducted by Cenex, has found more than £486m of potential annual revenue can be made from the fledgling technology with company fleets the most suited to the technology. 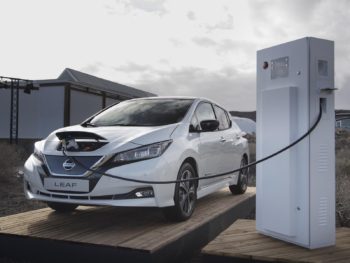 The report indicated the potential value that can be earned using V2G is highly dependent on the customer, with certain customer types seeing greater value than others. However, the average V2G chargepoint could generate £186 of additional annual value compared to unmanaged charging thanks to a combination of energy bill savings and revenue from grid services.

When compared to unmanaged unidirectional smart charging, Cenex observed between 40-80% of the value of V2G. The report also found that vehicles left plugged in for longer periods of time saw increased revenue, with EVs plugged in 75% of the time able to accrue £436 per annum of savings.

Cenex extrapolated these savings to conclude that, based on an EV pool of one million in the UK, the technology could generate an annual revenue of £436m.

However, the largest revenues come from providing grid services, such as Firm Frequency Response (FFR), which are subject to falling prices that could see that figure fall by a factor of two.

Vehicle-to-grid is bidirectional charging for electric vehicles, which sees vehicles not only take energy from the grid, but provide it back to the grid at peak times, thereby avoiding the requirement for more energy to be created at a power station.

Robert Evans, CEO of Cenex said, “While there has been an increasing focus on vehicle-to-grid charging, until now there has been a lack of clear data on its costs and opportunities, holding back the ability of organisations to build effective business cases.

“This report is the first step to bridging this information gap, and it shows multiple use cases where V2G delivers additional revenues and value above Smart Charging, especially around grid services. By making this information available Cenex aims to support the increased uptake of low emission vehicles and thus accelerate the move to a zero-carbon future.”

The research was based on Cenex’s work within the Innovate UK funded projects V2G-Britain, Sciurus and EV-elocity.

The Understanding the True Value of V2G report can be downloaded here: cenex.co.uk/True-Value-of-V2G-Report.pdf

Previous: Zero to hero: How electric bikes are pioneering the EV market
Next: Honda leads investment round in smart battery firm Moixa