The new Volkswagen Arteon ushers in a new era for the sleek business car, with new styling, a digital interior, connected car features and the choice of both a new Shooting Brake (estate) model and a plug-in hybrid for the first time. 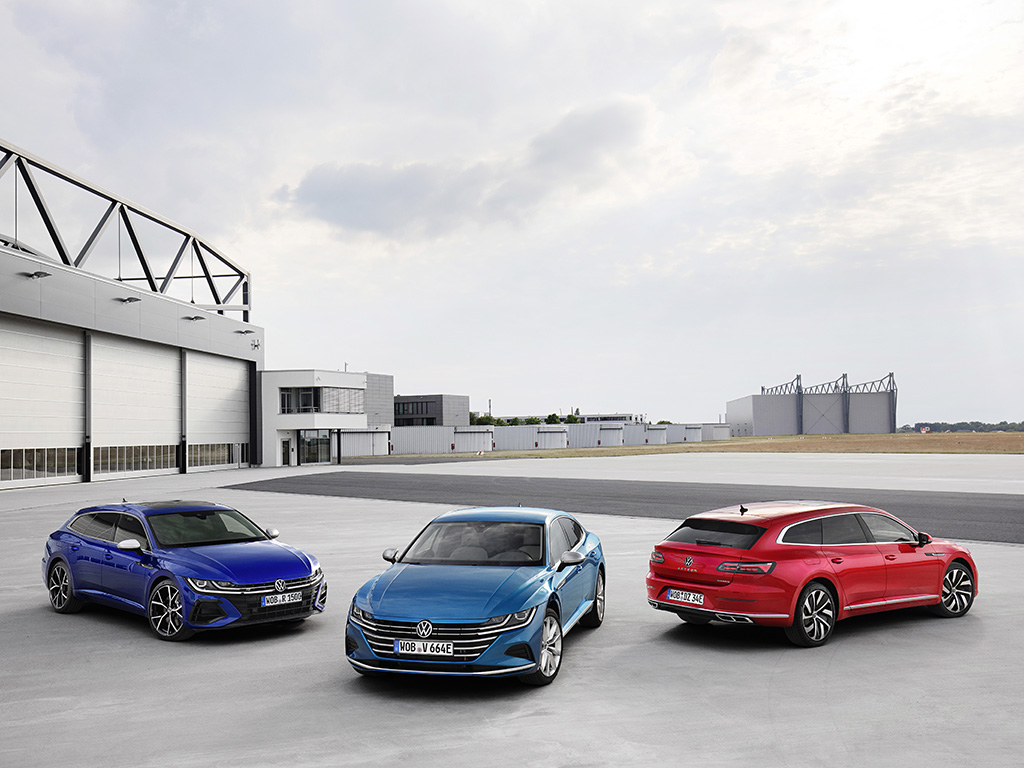 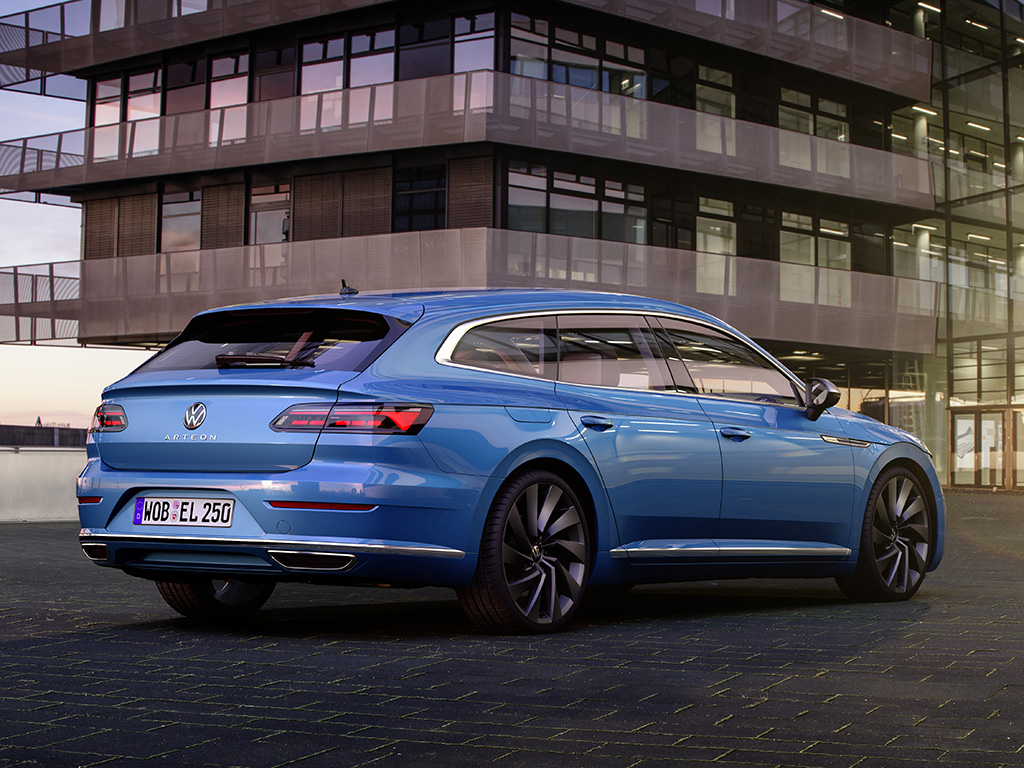 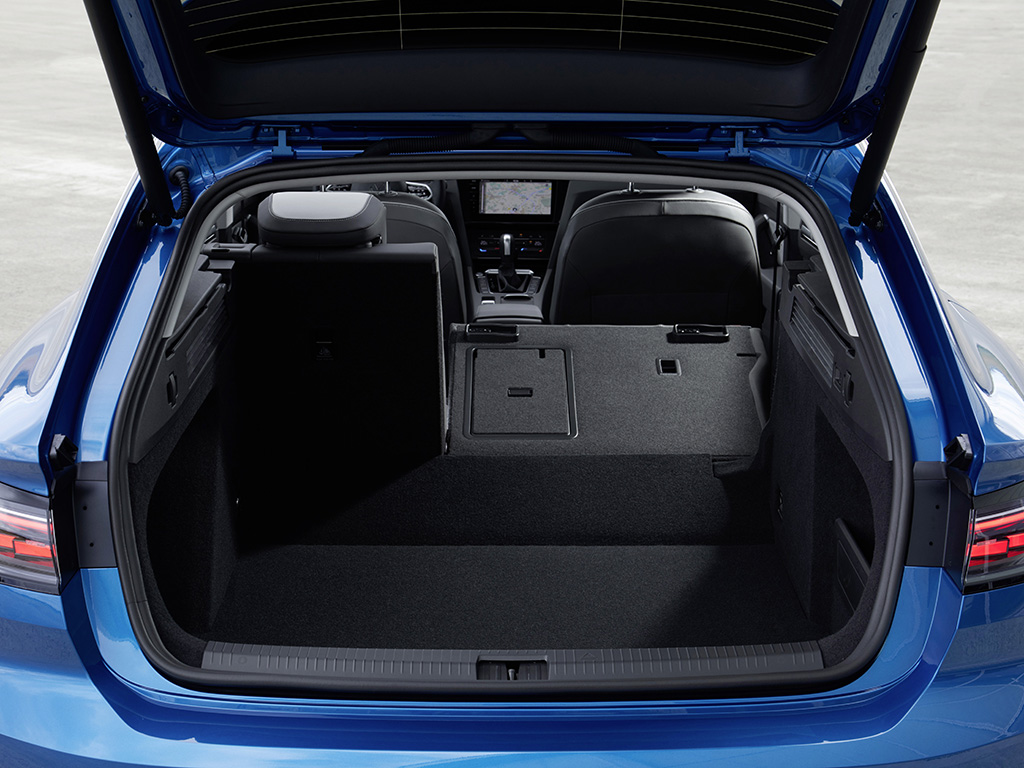 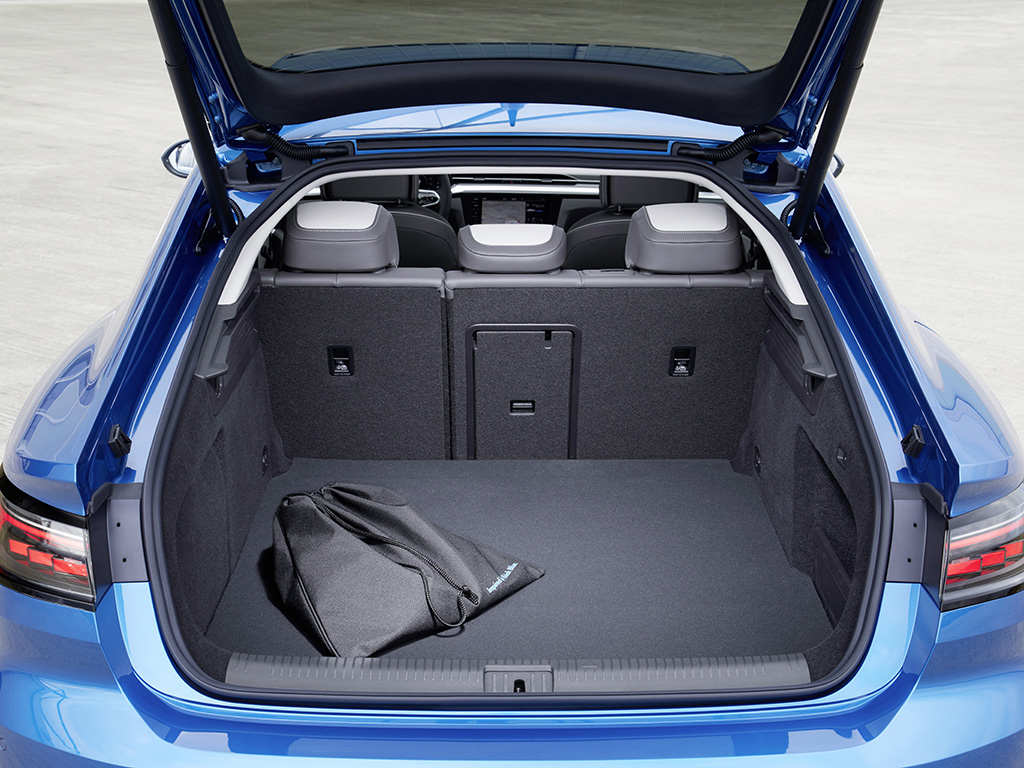 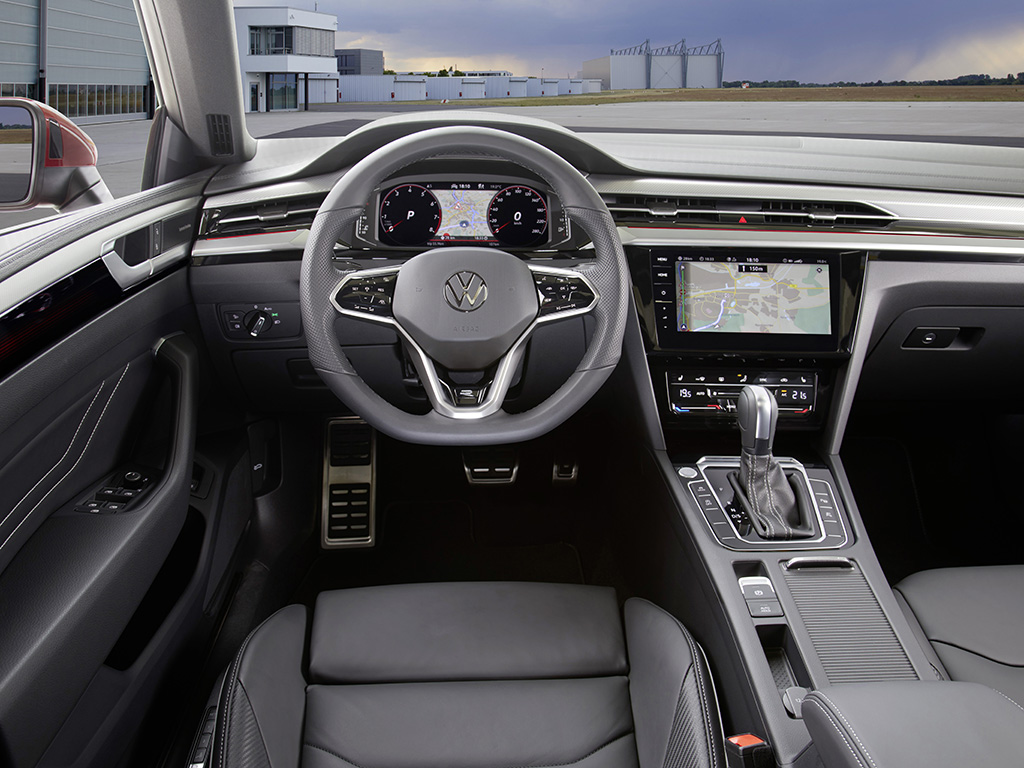 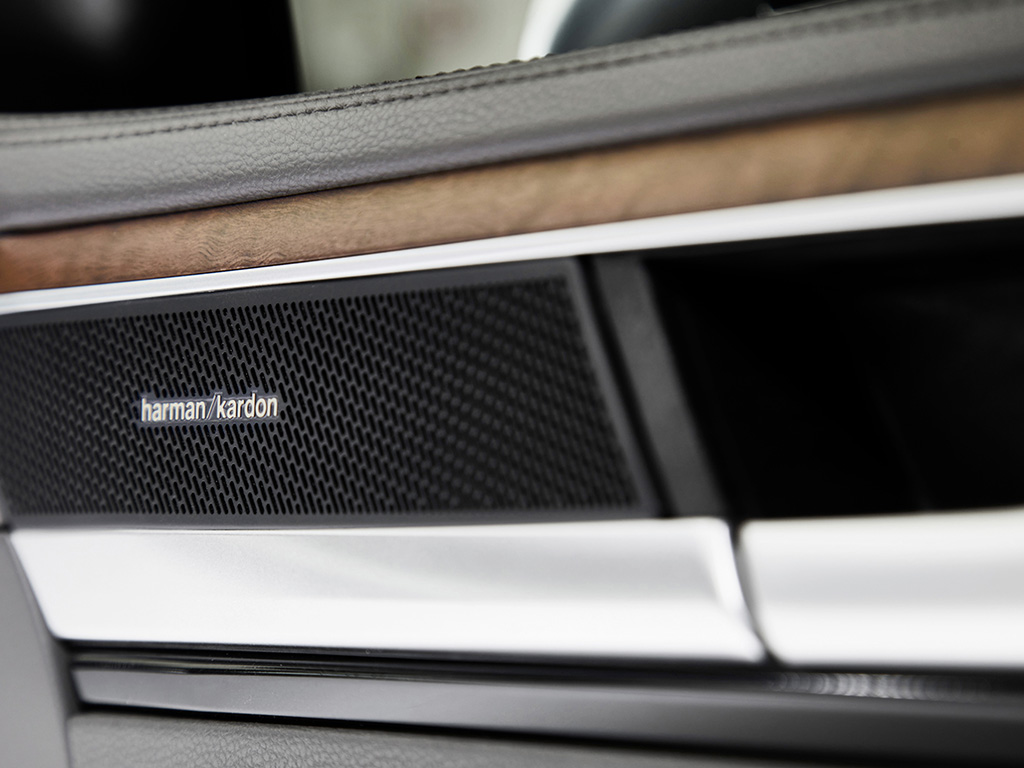 The new Shooting Brake is said to offer 5cm increased headroom in the rear thanks to the slightly taller roof. Interestingly, the boot space gained is only marginal compared to the hatchback, which still offers 563 litres of space, compared to the new Shooting Brake’s 565 litres – up to the parcel shelf. So, it is more a case of personal preference in terms of overall design, although of course the extra height at the rear of the Shooting Brake does increase the car’s practicality above the parcel shelf (to 1,632 litres).

It is positioned against rivals including the BMW 5 Series Touring and Mercedes-Benz E-Class T, Volvo V60 and of course Audi A6 Avant while the regular Arteon competes with cars including the new Peugeot 508 GT, BMW 5 Series and Audi A5 Sportback – premium models that put the Arteon in a higher class.

The new Arteon benefits from a subtly enhanced front design, now complete with a chrome bar that runs across the front spoiler, in addition to separate air inlets and an LED light strip that runs the width of the car. R-Line models lose the chrome for a more aggressive appearance, combined with lower air inlets. At the rear, a subtle spoiler and tailpipes feature.

As standard, the car comes with 17-inch alloy wheels and a fully digital interior, but Elegance and R-Line trims are expected to account for the majority of sales with larger alloys (18-inch on the Elegance, 20-inch on the R-Line version). Four new alloy designs available.

Inside, the biggest fundamental changes incorporate the latest digital Volkswagen thinking. Gone are the manual controls for climate control and in are the touch-buttons, similar to those featured in the latest generation Golf. Mood lighting features throughout, with customisable colours – the old car offered only the choice of three colours.

Materials have also been updated, with wood and aluminium appearing across the dashboard to enhance the premium look and feel. Likewise, the seats have been redesigned with new leather and two-tone options. The rear seating has also been designed to offer more headroom, while retaining the svelte coupé exterior.

Digital entertainment consists a 9.2-inch Discover Pro infotainment system, with always on eSIM and Volkswagen’s latest We Connect services. Drivers benefit from the Digital Cockpit Pro digital dashboard and a new capacitive-touch button steering wheel. “We Connect” offers real-time traffic and navigation data to provide the best route planning, while “We Connect Plus” enables access to the car via a smartphone app along with numerous other functions.

The new Arteon also features IQ.DRIVE with Travel Assist that covers assisted driving up to 130mph (210km/h) and all the way down to zero. This system offers traffic jam driving assistance as well, said to take away the stresses and strains of modern driving and enhancing the Arteon’s premium appeal.

Of significant interest for fleets wishing to benefit from low CO2 and BiK figures, joining the Arteon line-up for the first time is an (eHybrid plug-in hybrid) model. Curiously, it isn’t being branded with “GTE”, despite featuring the same setup and even a GTE button on the centre console. It uses a 1.4-litre petrol four-cylinder engine combined with a 115hp electric motor to produce a total system output of 218hp. Electric range is rated as up to 33 miles (54km) from its 13kWh battery pack.

The eHybrid’s navigation system can also control the distribution of fuel/electricity over the course of a journey, ensuring maximum economy is attained. The eHybrid is available in Elegance and R-Line trims only.