By Natalie Middleton / 1 year ago / UK News / No Comments
Octopus Electric Vehicles is offering Wallbox’s vehicle-to-grid (V2G) technology to its customers, including through a bespoke ‘V2G bundle’. 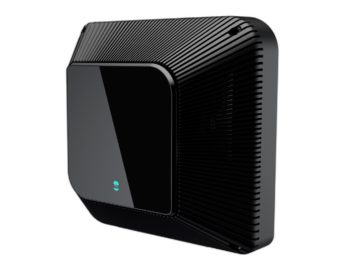 he Wallbox V2G chargepoint is now available through Octopus

Claimed to be the the smallest and lightest residential V2G charger in the world, the Wallbox V2G chargepoint is now available through Octopus and enables drivers to earn money from plugging in electric cars when there is peak demand on energy networks, and then recharge the car when energy demand (and energy pricing) is low. In return for enabling their car to support the grid, Octopus V2G customers can earn up to £30 cash back by plugging in overnight at least 12 times per month.

Octopus is also offering a special ‘V2G bundle’ to launch its partnership with Wallbox, providing a full in-house solution that includes vehicle leasing, smart charging packages and specially designed electricity tariffs – intended to help customers make the shift to EVs and said to be a UK-first. The ‘Powerloop’ package features leasing of a Nissan Leaf 40kWh, a free Wallbox V2G charger and smart meter, and green energy – based on the current-12 month fixed energy tariff provided by Octopus Energy – plus VIP support.
Fiona Howarth, CEO of Octopus Electric Vehicles, said: “One of our main goals in the Powerloop project, that Innovate UK backed, is to encourage companies like Wallbox to create brilliant V2G chargers, which will enable the UK to cleverly balance the grid enabling us to transition to a renewable economy.”
Enric Asuncion, CEO of Wallbox, added: “We have been developing this technology for more than two years now. The ‘V2G bundle’ that Octopus offers to its customers is the best way we could imagine to launch this technology.”
For more of the latest industry news, click here.