Peugeot has announced further details of its e-Boxer electric vehicle, which will offer up to a 211-mile range when it goes on sale later this year. 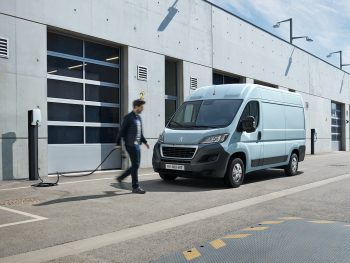 First launched in 1994, the Boxer has seen more than 1,250,000 vehicles produced and been sold in 110 countries and the new electric version of the large van will join the e-Expert midsize electric van as Peugeot continues to electrify its range.

The e-Boxer has been designed to offer all the original qualities of the large van but with zero emissions – enabling its use in city centres.

It will be offered in four lengths and three heights, while offering a payload of up to 1,890kg, depending on the version. It will also provide a loading volume identical to the internal combustion version, delivering up to 17m³.

The e-Boxer features a 121hp electric motor powered by either a 37kWh and 70kWh battery. It will offer a WLTP combined cycle range of up to 211 miles; but figures are still subject to homologation.

Pricing and specifications will be announced closer to launch.