Introducing advisory fuel rates for plug-in hybrid electric cars would help ensure such vehicles are used as intended rather than as a tax loophole. 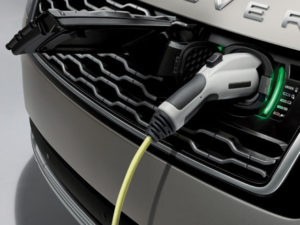 That’s the message from ACFO after the publication of latest data showing some PHEV drivers never charge their vehicles at all, resulting in increased fuel charges for fleets.

As revealed earlier this week, the new data from TMC revealed many fleet plug-in hybrids use more fuel than diesels and some drivers never charged their cars at all.

In response, ACFO has renewed its calls for a specific advisory fuel rate for PHEVs – which it says would increase pressure on drivers to actually charge the vehicles rather than just refueling them.

The association has long been calling for such a rate, as it reports industry feedback of drivers returning leased cars and fleets facing early termination charges due to “poorer than anticipated MPG returns”, and launched a petition on the subject in April.

HMRC did bow to industry demands earlier this year for an advisory fuel rate for 100% electric cars, which came into effect on 1 September 2018 and will be reviewed quarterly in line with other advisory fuel rates.

However, it’s accused of still ignoring calls for advisory fuel rates to also be introduced for plug-in hybrid cars, which continue to be treated as either petrol or diesel models for mileage reimbursement purposes. The current rates are 10p-22p depending on car engine size and fuel type.

Commenting on the latest data from TMC, ACFO chairman John Pryor said: “Without an incentive linked to how such ultra-low emission vehicles are used on the road, it will not prevent drivers using the combustion engine alone in a plug-in hybrid car. The reality is that those cars are not being used in the way they were intended.”

Pryor continued: “It is almost certain that businesses are currently paying a higher mileage reimbursement figure to company car drivers at the wheel of plug-in hybrids than if official figures were published for those cars.”

Pryor added that although it is possible for businesses to calculate rates themselves and then obtain permission from HMRC to use them to reimburse driver, it can be extremely time consuming and difficult to obtain all the relevant data to undertake those calculations.

Instead, he urged fleet decision-makers and the fleet industry as a whole to sign ACFO’s petition and put pressure on HMRC to introduce an appropriate mileage reimbursement rate for plug-in hybrid cars.

“ACFO would urge HMRC to take the data and calculations we have provided and publish Advisory Fuel Rates for plug-in vehicles as soon as possible,” he finished.