Rapid shift to EVs is possible with help of government, says REA

Electric and plug-in hybrid vehicles could make up 50% on new vehicle sales in the UK by 2025 – ahead of targets – but only if government deploys a clear strategy on charging roll-out. 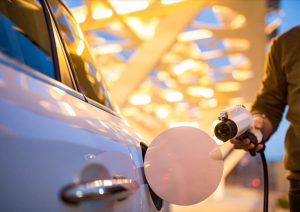 The REA is calling for a charge infrastructure strategy to accelerate the shift to electric vehicles.

That’s the view of the Renewable Energy Association (REA) in its newly launched ‘Forward View’ of the evolution of the UK’s electric vehicle market. It believes new car sales will be electric well before DEFRA’s 2040 ban on new sales of “conventional petrol and diesel cars and vans” but this needs to be coordinated with government policy.

In particular, the report anticipates there will be a significant increase in miles driven electrically, in fully electric and extended-range EVs, prompting a shift away from traditional filling stations, with the majority of charging taking place at home and at work. This would be supplemented by public charging at supermarkets and other retail sites, public car parks, and at charging “hubs” along major motorways.

However, the REA is calling for key Government interventions to support this shift, including consistent minimum quantity and specification for EV charging at all new supermarkets, car parks, and other retail outlets over a certain size. Such sites should have a minimum level of EV charging installed, with the planning to add further capacity later

The association is also calling for the introduction of three-phase electricity supply in new homes, smart tariffs that allow for charging at different speeds, and the delivery of the Government’s Smart Systems and Flexibility Plan.

Matthew Trevaskis, the REA’s head of electric vehicles at the Renewable Energy Association, said: “We think the shift to electric vehicles, in part or in whole, could take place much more rapidly than most of the public and many in Government currently think. It’s essential that Government is factoring in this historic shift into new building regulations, infrastructure investment, and energy policy so that the transition is as smooth as possible and Britain benefits from its current leadership position.”