Renault Zoe gets power boost, but without rapid charging 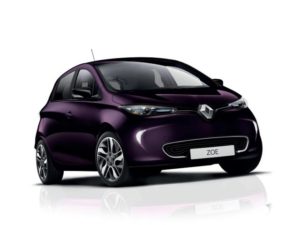 The Zoe gets more power, but not the rumoured CCS DC charging capability.

The new ‘R110’ motor is a development of the 92bhp ‘R90’ motor, which was introduced in 2015 as a more efficient alternative to the 88bhp Q90 available since launch. Despite the performance increase, the size and weight are unchanged, and the R110 will always be paired with the 41kWh higher-capacity battery introduced last year.

As a result, Renault said it predicts the range will be the same as the R90 version. It’s claiming 180 miles under the new WLTP test cycle – which is said to be indicative of what owners should expect. For comparison, that should be around 230 miles under NEDC conditions, based on the R90 data.

Torque output is unchanged compared to the lower-powered units, at 225Nm, though Renault said it takes two seconds less to accelerate between 50mph and 75mph, while the sprint to 62mph is reduced by around the same time.

The Zoe R110 will be available to order in the Spring, with first deliveries due late in the summer. UK pricing will be announced in the coming weeks, alongside a range-wide update introducing Android Auto capability (in line with the Clio and Captur) and new colour options.