The Honda e electric supermini is now available to order in the UK and other selected markets in Europe ahead of first deliveries from spring 2020. 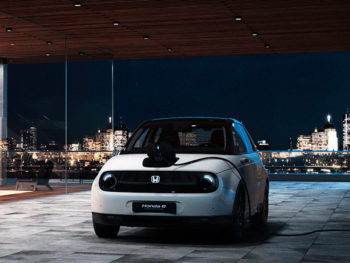 A dedicated online reservation website allows customers to reserve a priority status to order the Honda e with a refundable reservation fee of £800. Customers will then be able to place an order from later this year at their local dealer and also receive news updates.

No further technical details have been revealed – just confirmation of Honda’s announcement at Geneva that the Honda e will deliver a range of more than 125 miles and a ‘fast charge’ functionality of 80% battery charge in 30 minutes. Instead, the reservation system just reveals five colour options that will be available.

First revealed as the modern-retro Urban EV Concept at the 2017 Frankfurt Motor Show followed up by the e Prototype shown at Geneva Motor Show this spring, the five-door Honda e is due in 2020 and marks the brand’s first mass-production electric vehicle in Europe. It will also contribute to Honda’s commitment of 100% of its European sales with electrified powertrains by 2025

Since the prototype of the Honda e was presented at Geneva, Honda has received over 20,000 expressions of interest across Europe, with approximately 6,000 of those coming from the UK.