By / 5 years ago / New Cars, Road Tests / No Comments
Few of us will get to choose a Range Rover as a company car. For those that do, it’s likely that fuel consumption and CO2 emissions may not be a top priority. But if you prefer your luxury with a twinge of conscience, there is a hybrid version of the Range Rover and it has been upgraded for the 2016 model year. 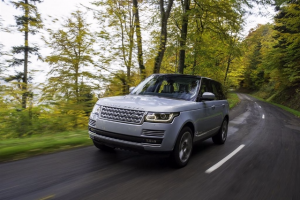 Principal power comes from the SDV6 twin-turbocharged 3.0-litre V6 diesel with 47bhp electric motor integrated into the ZF eight-speed automatic transmission. Land Rover’s engineers have been at work on the hybrid to add extra refinements. The full EV capability is now said to be more responsive to driver inputs with greater availability of electric drive. It can travel up to a mile at speeds up to 30mph under electric power only.

Overall, total power output with the electric motor reaches 336bhp with 516lb.ft of torque. But on the EU combined cycle, the Hybrid returns 45.6mpg with CO2 emissions of 164g/km, claimed improvements of 1.5mpg and 5g/km compared with the 2015 model year version.

There are other improvements for 2016 model year Range Rovers too. There’s the Gesture Tailgate. Approach the closed tailgate with both hands full and the key fob in your pocket and all you need to do is wave your foot beneath the rear bumper for the tailgate to automatically release and lift itself up. It can be closed this way too. In fact the proximity sensors are fitted each side, so you can approach the car from the kerb and still open up. And it allows for the fitting of a tow bar too without interfering with the shoe shuffling.

2016 MY cars also get Automatic Access Height, which means that when the car is switched off and the driver has removed his or her seatbelt, the car will be automatically lowered by 35mm to aid access. Activate any door handle and the Range Rover will drop a further 15mm. The 50mm drop takes just three seconds. Once under way again and the driver reaches 15km/h, the correct ride height will be resumed.

On the road the Range Rover hybrid operates seamlessly, as you would hope and I saw fuel economy of over 30mpg. Not bad for such a large, heavy car. It’s a lot like being propelled in an all-terrain armchair, with the driver required to do relatively little to propel it along road, track or field. We stuck to tarmac on this occasion and it is hard not to marvel at the way the Range Rover does things.

If you are expecting sports car handling with the 336bhp, you’re probably missing the point. The accent is on comfort, although Land Rover’s Terrain Response system revises the suspension settings according to the surface it detects. It is a Land Rover after all and long travel suspension is part of the deal. But if you want to go anywhere in luxury and minimise your CO2 emissions, this could be what you are looking for.

It has everything for a car that will go virtually everywhere over anything. Acres of space, respectable performance and good fuel consumption, given the size and capabilities.