The C-HR feels like a meeting of worlds for Toyota; a convergence of its aggressive new family styling, lighter and sharper-driving platform and more versatile hybrid technology, all sensibly rolled into a car engineered for one of the fastest-growing market segments. 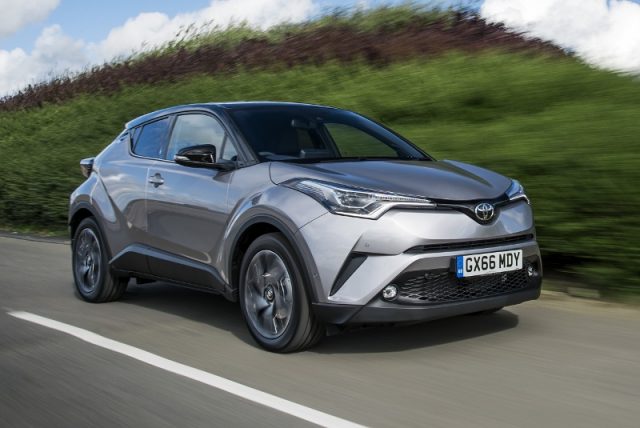 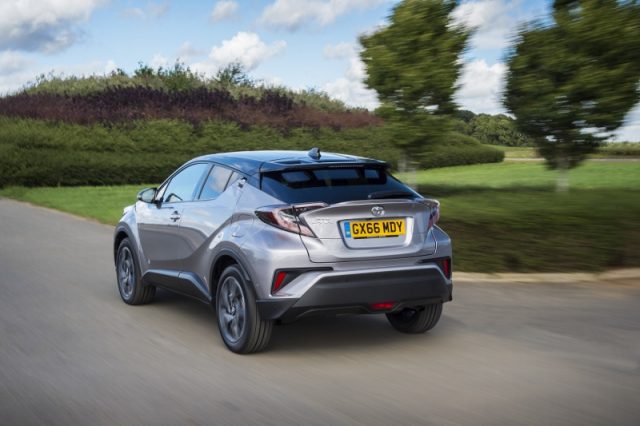 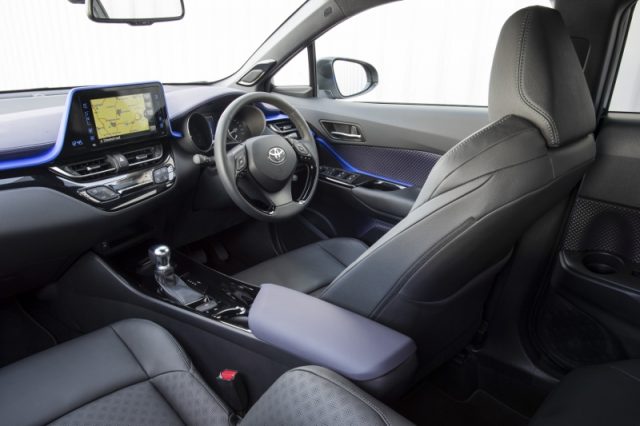 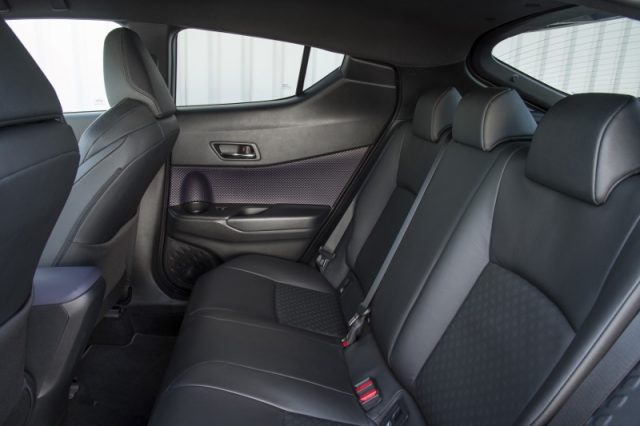 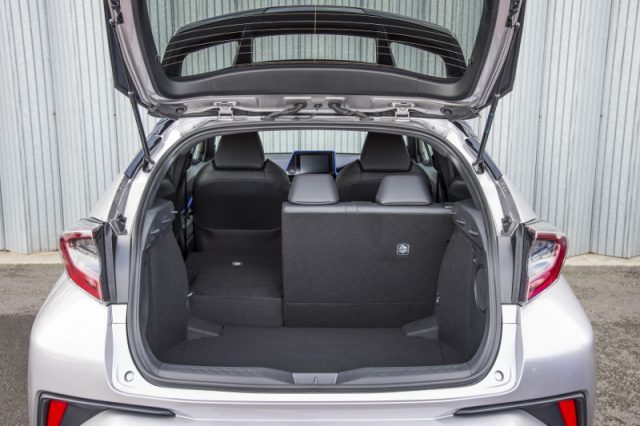 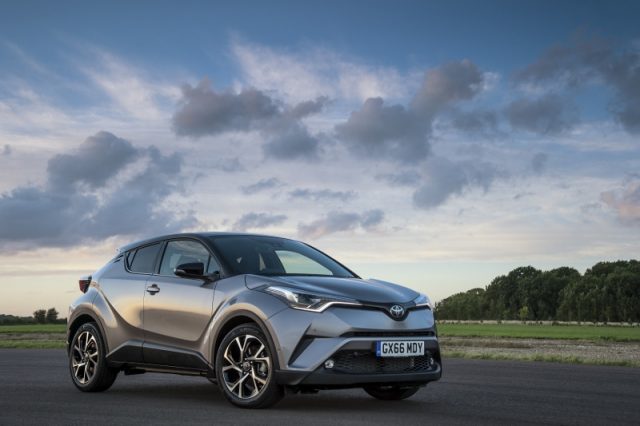 It’s a coupe-crossover positioned between the Nissan Juke and Qashqai, which means it’s similar in size to the Auris, but that’s where the similarities end. The C-HR is a striking, athletic, small car; pinched, flared and lifted over large wheels and with chevron-shaped rear lamps at the end of a fastback-like tailgate. You’ll love it or hate it, but you won’t miss it. In a market saturated with crossovers, that’s important.

There are no corners cut inside. The cabin is Toyota’s wildest to date, with textured purple door cards and a satin blue strip wrapped around the driver-oriented dashboard. Everything feels exceptionally well put together, with a driving position as sporty as the exterior styling. Toyota’s touchscreen navigation system feels a little dated and unintuitive compared to some of its rivals, but there’s no sense of the interior feeling like an afterthought.

It’s also surprisingly practical; there’s space (but not much visibility) for adults to get comfortable in the back, and a huge boot with easy access through a wide-opening tailgate. It’s not quite as versatile as some of the boxier compact crossovers, but it’s nowhere near as compromised as the styling – and previous experiences with a Juke – might suggest.

So far, so good, but Toyota’s potential challenge with company car drivers is tempting them away from the segment norms. The C-HR won’t get a diesel engine, and the 1.2-litre turbocharged petrol’s 135g/km CO2 emissions will put it out of reach for a lot of drivers. That leaves the hybrid as the most sensible option, its nine percentage-point Benefit-in-Kind advantage compared to the petrol engine offsetting the £2,500 price difference. But, at £23,685 for the most basic hybrid, the C-HR doesn’t come cheap.

The good news is, hybrid has never made more sense. Toyota’s latest hybrid drive is excellent; an ultra-efficient petrol engine, augmented by electric motors which now work harder to assist it under load, or offer fuel-free cruising at higher speeds than previous hybrids could manage.  This is no longer a technology purely for urban driving – driven gently, it’ll return between 55 and 60mpg at motorway speeds.

But it’s not a perfect fit. The C-HR’s hatchback-like agility is blunted by the lethargic drivetrain, its engine whirring into life while accelerating or overtaking and rarely feeling as energetic as the combined 118bhp suggests. It’s not slow, but the hybrid driving experience doesn’t live up to the promises of that athletic stance.

For most, though, that’s not likely to be a deal-breaker. Diesel-like economy and quiet, laid-back inner-city ability, packaged into a striking design which doesn’t struggle with family life, make for an appealing company car – particularly with 87g/km CO2 emissions. Toyota’s evolution in style, driving dynamics and hybrid technology is bearing fruit.

The C-HR offers sporty styling without most of the associated drawbacks, and hybrid technology which can take on this segment’s default diesel engines. But the hybrid is pricey, and drivers seeking the performance to match the styling might feel short-changed.