Drivers’ usage of electric vehicle charge points in Scotland is overtaking network expansion, although more research is needed on where points should be located. 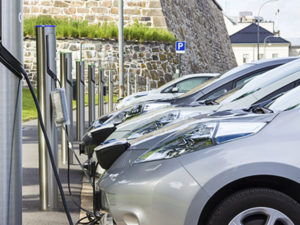 So says the RAC Foundation following its analysis of data collected by the ChargePlace Scotland network.

According to the figures, the use of electric vehicle charge points in Scotland – excluding domestic charge points – has increased by 43% in a year. Charge points across the country were used 37,433 times during August 2017, compared with 26,119 times in the same month a year earlier. This compares to 12,939 charging sessions in August 2015.

The total number of charge points across the country also increased over the 12-month period.

As of August 2017, there were 1,133 charge points in the ChargePlace Scotland network with a total of 2,089 connectors (sockets) between them. This compares with 870 charge points and 1,772 connectors a year earlier, equating to a 30% year-on-year rise in the number of charging points is up 30% year on year and an 18% rise in the number of connectors.
Rapid chargers made up 16% of chargers but were used for 49% of all charging sessions.

However, despite the overall increase in usage there was still almost a quarter (23%) of charge points that were not used at all during August 2017; only slightly less than the 25% that went unused in August 2016.

Steve Gooding, director of the RAC Foundation, said: “It is pleasing to see the use rapid chargers are getting. But the stubbornly high number of charge points that get little or no use shows that we still need to think not just about the total amount of charging infrastructure but what type it is and where it is located.”