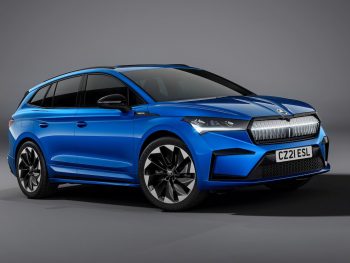 Design features include black exterior detailing and 20-inch alloy wheels, and the Enyaq SportLine iV also gets a sports chassis that’s lowered by 15mm at the front and 10mm at the rear.

The Enyaq SportLine iV arrives in the UK later this year. Pricing and full specification details will be revealed closer to launch.