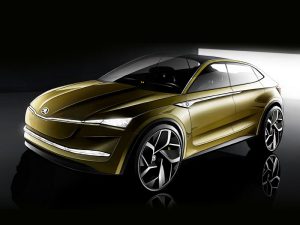 Making its debut at April’s Shanghai Motor Show, the Vision E is a five-door crossover coupe based on the Volkswagen Group’s MEB platform for electric vehicles, which is also used for Volkswagen’s ID Concept.

Skoda will launch five pure electric vehicles in various segments in 2025, with the first model due in 2020. This follows the launch of the plug-in hybrid Superb in 2019.

The Vision E also also previews Skoda’s latest autonomous driving plans and meets level 3 requirements, which means it can operate independently in traffic jams, go into autopilot on motorways, stay in lane and swerve, carry out overtaking manoeuvres, independently search for free parking spaces and park and leave parking spaces by itself.