The UK is Europe’s largest hybrid and EV vehicle market

The United Kingdom was the largest-volume market in Europe for electrified vehicles during 2017, accounting for one in every six registered across the region, figures from ACEA reveal. 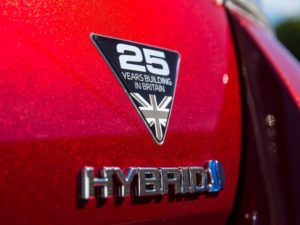 The UK accounted for one in six hybrids registered in Europe last year.

Including hybrid (HEV), plug-in hybrid (PHEV), range-extended electric (E-REV), battery electric (BEV) and hydrogen fuel cell (FCEV) models, a total of 747,688 electrified cars were registered in the European Union and EFTA countries during 2017 – 46.4% year-on-year increase. Roughly one in every 20 new passenger cars (4.8%) registered in the region last year was electrified.