The UK recorded a 34.8% uplift in electric and hybrid vehicle registrations during 2017, despite overall volumes falling 5.7% to 2.54m units, according to the latest Society of Motor Manufacturers and Traders (SMMT) data. 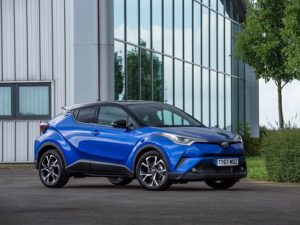 Electric vehicles (including hydrogen fuel cell vehicles) climbed 32.5% year on year, to 13,597 units, though most plug-in models registered in 2017 also have a combustion engine. Plug-in hybrid and range-extended vehicles totalled 33,666 registrations, up 25.5% on 2016. Of those, 93.8% were eligible for the Plug-in Car Grant, which has a price and CO2 cap excluding some vehicles. That compares to 94.6% eligible vehicles during 2016.

The SMMT said market decline had been partly due to “anti-diesel rhetoric and the potential for tax hikes” – diesel registrations were down for the ninth consecutive month in December, to a 17.1% year-on-year decline. Petrol volumes climbed 2.7% during 2017, contributing to average CO2 figures rising for the first time in two decades, to 121.04g/km compared to 120.11g/km the previous year. However, tightening NOx emission limits and ‘NEDC correlated’ figures produced while re-testing for the new WLTP economy cycle (which came into force last September) is likely to have played a part too.

Mike Hawes, SMMT chief executive, said: “For the industry, hitting the 2020/2021 [CO2] goals will be extremely challenging and government must create the right policies and incentives to encourage all low emission vehicles irrespective of fuel type, whether that means battery vehicles, hybrids, plug-in hybrids, hydrogen or petrol and diesel models. Fleet renewal is the fastest way to lower our carbon emissions and improve air quality and consumers should buy the right car for their driving needs.”

Previous: Computer company plans to transition 50-strong fleet to EV
Next: Over half of Norway’s new cars were hybrid or electric in 2017