The UK is now Europe’s largest market for PHEVs

The UK has become Europe’s largest market for plug-in hybrids, with over a quarter of the region’s rapidly-growing volumes sold here during the three quarters of 2016. 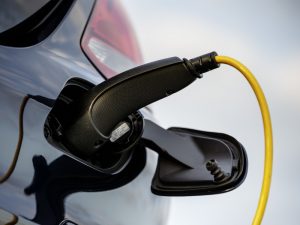 The UK is now Europe’s largest market for plug-in hybrids.

At the end of Q3 2015, the Netherlands was Europe’s biggest PHEV market, helped by generous incentives for company car drivers which were withdrawn at the start of 2016. It’s had a marked effect, with a 68.3% drop in registrations from 16,420 to 5,204 units.

By comparison, the Norwegian PHEV market almost tripled, from 5,123 units in 2015 (20.7% of plug-ins sold) to 15,879 units (48.7% of plug-ins) in the first nine months of this year, reflecting a large-scale consumer shift from fully-electric to partially-electric models.

The growth of the fully-electric vehicle market (including hydrogen fuel cells) is much slower. Across the EU and EFTA, this grew 7.7% year-on-year, with the UK growing 16.6% at 8,107 units registered – a 12.4% share of the region’s EV volumes. Norway remained the largest market, but with an 11.3% reduction in registrations, to 19,716 units.