UK now second cheapest country in Europe to own an EV

The price differences between electric vehicles and petrol/diesels continue to fall fast, bringing Europe in general ever close to that crucial tipping point while some countries are already there. 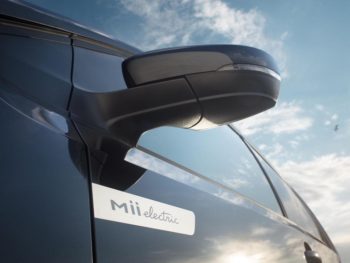 That’s according to LeasePlan’s annual Car Cost Index, which also shows the UK is now the second most cost-effective country in Europe to own an electric vehicle.

The latest analysis (see last year’s research here) reveals that compared to 2018, there has been a sharp decline in the price differences between electric cars and petrol/diesel vehicles across the European markets, with EVs fully cost competitive compared to vehicles with internal combustion engines (ICEs) in Norway and the Netherlands.

In almost all other countries analysed, the price gap between driving an EV and a diesel or petrol car has narrowed. If this trend continues, EVs will also reach cost competitiveness in countries such as the UK and Denmark in the near future.

Across all vehicle types, the UK sits under the average total cost of ownership (€617 / £561) with a figure of €602 (£548), with Eastern European countries including Romania, Slovakia, and Czech Republic ranking cheaper.

Alfonso Martinez, managing director of LeasePlan UK, said: “This year’s Car Cost Index has shown that electric vehicles are increasingly becoming a rival option to traditionally fuelled vehicles, as costs are continuing to fall and legislation, such as the Company Car Tax announcement from July, is now actively encouraging drivers to look for electric alternatives.

“The issue around supply, however, isn’t going anywhere. For the nation to see a real boost in the uptake of electric vehicles, we need reassurance from manufacturers that these products will be available in the UK in shorter timeframes than what is predicted currently.”

Further key findings from 2019 are: