What’s in the future for fuel cell vehicles?

By Katie Beck / 4 years ago / Features / No Comments 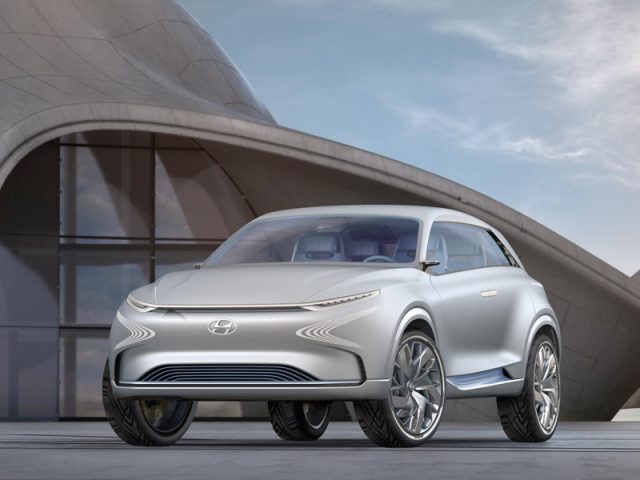 Fuel cell vehicles (FCV) sales volumes are expected to be significant, but only in the long term, even with a favorable climate-policy scenario. Due to a recognised absence of CO2 emissions during vehicle operation, expectations of the future FCV market are growing following the adoption of the Paris Agreement. The agreement for the first time brought all nations into a common cause to undertake ambitious efforts to combat climate change.

Within a similar scenario, the international energy agency (IEA) estimates an FCV market share of about 17% by 2050 (35 million annual unit sales). Yet will hydrogen fuel cells fully demonstrate their benefits when the uptake scenario is still uncertain?

Fuel cell vehicles are between ICE- and battery-powered vehicles. Like internal-combustion engines, they make power by using fuel from a tank (pressurised hydrogen gas). However, in a process which resembles what happens in a battery, the hydrogen is fused chemically with oxygen from the air to release electricity, which is used to power the electric motor.

The only waste product in the process is water – no CO2 emissions are produced during vehicle operation. Besides the absence of CO2 emissions during vehicle operation, FCVs promise benefits such as reduced refuelling time, increased driving range and fuel efficiency. In comparison with ICE vehicles, FCVs will produce lower levels of GHG, but may have higher environmental impact in manufacturing due to the utilisation of battery packs.

The high cost of FCVs mainly stems from the use of expensive catalysts and other materials used in the fuel cell ‘stack’ (e.g. platinum). Today, based on a US estimate, fuel cells can be manufactured for around $280 (£215) per kW at low volumes of 20k units per year. Yet their cost would drop down to $53 (£40) per kW if they were manufactured at higher volumes (500k units). The forecast also predicts a cost of around $40 (£32) per kW in 2020 and $30 (£23) per kW as an ultimate target. As a matter of fact, two more product iterations are likely to be needed to bring costs down and, given automotive product-cycle times, this suggests the 2020s, at the earliest, before costs can reach mass-market acceptance levels.

The development of infrastructure requires important and expensive investment decisions, which need to be supported by sustained FCV market demand.

There is currently no national system similar to that for diesel or gasoline to deliver hydrogen from production facilities to filling stations. A completely new distribution infrastructure will be required to allow mass-market penetration of FCVs. Additionally, the total costs associated with replicating the gasoline fueling and storage infrastructure are huge. While cost reductions will be achieved as the technology matures, clearly the costs of replacing even a fraction of the national filling stations could total billions of dollars.

In the context of increasingly stringent automotive emissions regulations, in the future, expectations of the FCV market are growing, but the uptake is predicted to be significant only in the long term. This is due to significant constraints such as achievement of cost reductions by OEMs, development of infrastructures, and identification and standardisation of the most efficient solution for hydrogen production. To promote and accelerate the adoption of FCVs, various policy options could be put into action, but this also depends on governments’ and industry players’ willingness to invest in hydrogen technology.

Previous: Tritium trials Veefil fast chargers in China
Next: The case for ULEVs in the Government’s air quality plans