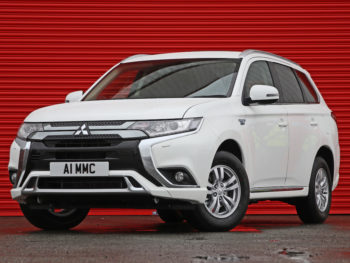 Priced from £24,298 (OTR CV pricing and including Plug-in Van Grant), the commercial vehicle version of the Outlander is based on the same plug-in hybrid technology as the passenger car, which last year saw a shift from a 2.0-litre petrol to a more powerful 2.4-litre unit. Married up with four-wheel drive system, the commercial variant offers official fuel economy figure of 139.7mpg, an EV range of 28 miles and CO2 emissions of 40g/km.

It’s fitted with a full load bay bulkhead, providing a flat load area measuring 1.65m in length and 1.00m in width between the wheel arches with a maximum payload of 500kg.

The latest version follows the launch of the first Outlander PHEV Commercial in 2014, which has sold more than 550 units and been deployed by small business users and government agencies.

Previous: Green number plates for EVs: a step in the right direction or a misguided gimmick?
Next: Renault to launch hydrogen LCVs for 2020