2040 date for petrol and diesel bans must be brought forward, say MPs

The current 2040 target to end the sale of conventional petrol and diesel cars must be brought forward to help deal with an “air quality catastrophe”. 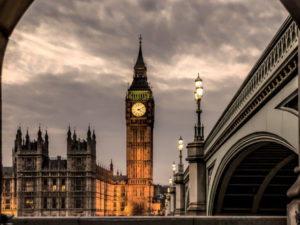 That’s one of the findings in a report from a cross-party group of MPs that also calls for a range of other measures, including the introduction of a new clean air act and requiring the automobile industry to contribute to a new clean air fund.

Published a year after the Environmental Audit Committee, Environment Food and Rural Affairs Committee, Health Committee and Transport Committee announced they were joining forces to probe the Government’s air quality plans, the resultant report concludes that air pollution is a national health emergency resulting in an estimated 40,000 early deaths each year, costing the UK £20bn annually.

The report sets out that it is unacceptable that successive governments have failed to protect the public from poisonous air and that despite a series of court cases, the Government has still not produced a plan that adequately addresses the scale of the challenge.

It also says the Government’s approach is more concerned with “box-ticking and demonstrating compliance than taking bold, affirmative action”.

In particular, the report calls for the current 2040 date to end the sale of new petrol and diesel cars to be brought forward, backed by a feasibility assessment to determine the earliest date by which this could be achieved.

It also calls on vehicle manufacturers to take steps to reduce emissions from tyres and braking mechanisms, known as the ‘Oslo effect’, recognised as a further significant contributor to poor air quality.

The report adds that the Government should develop a “properly resourced national air quality support scheme available to all local authorities struggling with air pollution”.

MPs also says that the automobile industry should be required to contribute to a new clean air fund, following the ‘polluter pays’ principle, on a scale that adequately compensates for the health costs of diesel pollution.

Other measures include introducing a Clean Air Act and introducing a national health campaign to highlight the dangers of air pollution.

Lilian Greenwood MP, Chair of the Transport Select Committee, said: “Transport is the key to improving air quality, but it requires real political leadership and co-ordinated action from the Government and local authorities. The solution isn’t just about reducing the pollution each vehicle produces, we also need policies that will reduce our reliance on cars. This requires more urgency, imagination and innovation than is being demonstrated by the Government, local councils or transport service providers.”

The report’s findings were greeted by environmental lawyers at ClientEarth, which recently won a third round of legal action against the Government’s air quality plans.

Speaking today at the Green Brexit conference, ClientEarth CEO James Thornton reiterated calls for the Government to move forward the UK’s 2040 ban on the sale of combustion engine vehicles.

Thornton said: “Scotland has already committed to ban the sale of petrol and diesel vehicles by 2032. Bringing forward the combustion engine ban in the rest of the UK would give a very clear signal to the automotive industry that they need to switch to cleaner modes of transport as soon as possible.”

Meanwhile the RAC said more work was needed to incentivise drivers to choose cleaner alternatives. Highlighting latest figures showing a drop in the number of electric cars being sold in the UK at the start of this year compared to 2017, the organisation called for more radical action including looking at VAT on sales of zero-emission vehicles and ensuring the right infrastructure is offered, from the availability of more high-speed charging points to on-street charging for residents.

RAC head of roads policy Nicholas Lyes said: “A combination of competitive up-front vehicle costs and confidence in the charging infrastructure should provide the tipping point for a transition to zero-emission vehicles.”