Arval is to run a free-to-attend nationwide roadshow programme to update fleets on its experiences with hydrogen vehicles and the benefits and practicalities of the technology. 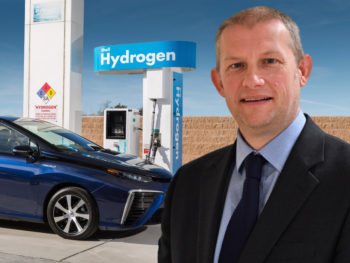 In the last 18 months, Arval has been able to develop real-world knowledge of hydrogen vehicles as Chair of the Car Working Group for Swindon’s Hydrogen Hub project. Arval (as the lead for the vehicle stream) has been running its own Toyota Mirai to assess its capability, as well as leasing a small number of hydrogen vehicles to local businesses, all subsidised by OLEV.

Elliott Woodhead, deputy general manager at Arval, said: “Alongside the actual vehicles, being at the centre of the Hydrogen Hub has given us access to a network of experts and influencers in this area including local and national government, manufacturers and hydrogen providers – giving us valuable insight which we are keen to share.”

Dates and venues for the hydrogen roadshows will be announced via the Arval website and social media channels in the coming weeks.

Previous: Opt for electric black cabs only with new Gett service
Next: Most fleets unprepared for on-site charging, survey reveals