BMW Group UK has partnered with Off Grid Energy to provide a new home for old batteries from its electrified cars. 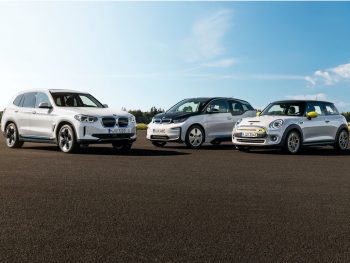 Off Grid Energy specialises in energy storage and the retired batteries from Mini and BMW fully electric and plug-in hybrid vehicles will be repurposed as mobile power units.

The batteries are warrantied on car models for eight years or 100,000 miles but after this period could still have up to 80% of their initial capacity; not quite still at an optimum level for cars but perfectly useable as a mobile power source.

Graeme Grieve, CEO BMW Group UK, said: “BMW Group will have 25 electrified models on the roads by 2023 – half of them fully electric. We are delighted to work with Off Grid Energy to find a sustainable way of continuing to use these valuable batteries, even after they have put in many years of service in our electrified cars.”

The BMW Group expects electrified cars to account for between 15 and 25% of the company’s global sales before 2025. By 2021, a quarter of the vehicles sold by the company in Europe will be electrified – that figure is expected to rise to a third by 2025 and half by 2030.

The first prototype power unit is already up and running, powered by lithium-ion battery modules taken from a Mini Electric development vehicle. The pack, which will be used at BMW and Mini UK events over the next year, has a 40kWh capacity delivering a 7.2kW fast charge. But future developments will enable batteries to have a capacity of up to 180kWh and to able to provide multiple charges at rates of up to 50kW.

By re-using these units to replace conventional ways of generating temporary power, the battery modules will at least double the CO2 reduction achieved in their original use in the car.