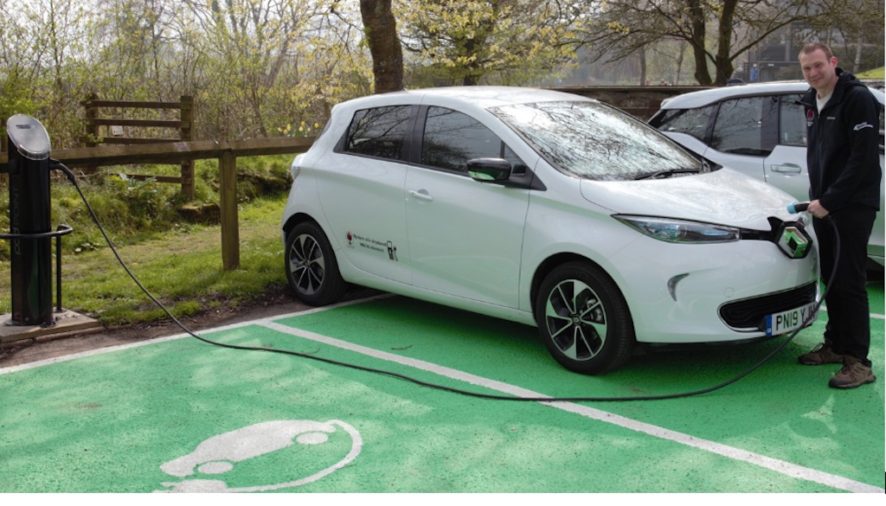 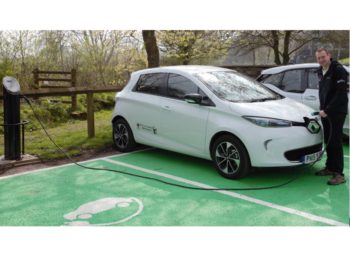 The new panels, which will play a key role in charging the Authority’s growing electric vehicle fleet, were installed at the end of January at its depot at Brecon Industrial Estate. Since then, the panels have already captured enough power to drive the BMW i3 on the Authority’s fleet a total of 7,600 miles, from Land’s End to John O’Groats five and a half times while taking in every UK National Park on the way.

The panels have been implemented as Brecon Beacons National Park Authority further expands its EV fleet. The Authority, which was named a ‘Go Ultra-Low Company’ two years ago when it added the BMW i3 to its fleet of leased pool cars, has now replaced the i3 with a Renault Zoe and is also running a second-generation i3.

IT Systems and fleet officer Kevin Booker, who has been overseeing the installation of the electric car charging points, commented: “The Authority intends to replace all its pool vehicles with electric vehicles within the next three years as part of our growing commitment to zero-emission travel within the park.”

The new solar panels at the depot reinforce the Authority’s work to deploy EVs by providing solar-powered charging, topped up by 100% green energy provided by Good Energy. The Authority is also using Good Energy to power all of its public charge points.

Commenting on the implementation of the new solar panels, Gareth Ratcliffe, deputy chair for the Authority, said: “We recognise the impacts of climate change and want to lead by example. Our efforts to become more self-sufficient could see us meeting our aim of becoming energy positive by 2030, meaning we generate more energy than we use. I am really encouraged by the significant energy savings from a relatively small solar project.”