Drivers could be given extra incentives to switch to for ultra-low emission vehicles, including being allowed to use bus lanes and given priority at traffic lights under a consultation on Clean Air Zones. 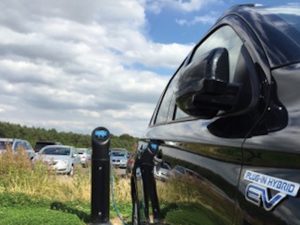 The Defra consultation on the introduction of Clean Air Zones in five UK cities – Nottingham, Derby, Southampton, Leeds and Birmingham – has said that councils should provide benefits to drivers using ULEVs, including allowing access to bus lanes, exemptions from other restrictions such as one-way systems, and priority at traffic lights for ULEVs.

The consultation also calls on local authorities to rethink their fleet strategies to ensure vehicles that they operate meet the standards for the zone while also looking at car clubs and car sharing schemes, cycling incentives and facilities, or flexible working practices.

And the consultation also reiterates the intention to restrict access for older vehicles in the zones. Nottingham, Derby and Southampton would have restrictions on HGVs, buses, and taxis, Leeds and Birmingham would see restrictions on those vehicles plus vans. Private car owners would not be affected.

However, the RAC said that introducing separate rules for ULEV drivers could cause confusion.

“Motorists are more likely to switch to ultra-low emission vehicles if there is a financial incentive for them to do so, so Government plug-in grants have been welcome. Likewise, more favourable parking rates and exemptions from congestion charging schemes seem to work. However, changes to vehicle excise duty (VED) rates for new cars from 2017 are likely to have the opposite effect, and unless you are purchasing a pure electric vehicle, your tax rate will be no more favourable from a more polluting vehicle after the first year.”