The Government’s move to cut grants for electric vans has come under fire from LCV brand Maxus, which says the reduced funding could undermine the Government’s net zero targets. 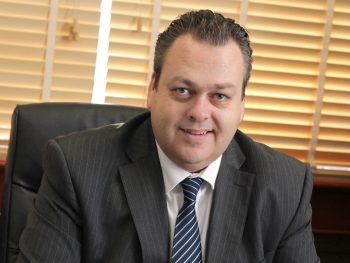 Mark Barrett, general manager at Harris Maxus, which imports the Maxus range of vans to the UK and right-hand drive markets in Europe – including the recently launched eDriver 3 and eDeliver9 electric vans, has said the company is extremely disappointed with the Government’s announcement.

He commented: “This is a retrograde step by the Government that comes without any warning and at a time when incentives are vital to encouraging drivers and fleet buyers to make the switch to greener motoring. If we are to move to a zero-emission market, significant government supports are needed given the current higher cost of EV vehicles. A lower EV grant has the potential to stall the good progress being made in meeting the targets and deadlines that have been set to achieve a zero-emission market.”

He continued: “There is a growing range of EV vans in the market and many tenders in process waiting to be awarded. This move by government will alter the dynamic of commercial fleet tenders for which price is a huge factor and may now result in fleet buyers delaying the move to electric.”

Barrett also echoed wider fleet industry criticisms of the lack of notice given on the changes to the grants and the resultant sector-wide impacts.

“There should have been consultation with OEMs to ascertain what EVs are in production and the level of tenders or quotes that are in train using the higher OLEV support amount,” he outlined. “We all knew that the grants were never going to be forever and would, over time, be reduced. However, the sector should have been given a lead in time of at least six months to allow us to prepare for the changes, address pending orders etc.

He added that Maxus would continue its work to help people to make the switch to EVs “through innovation, education and choice” and understand not only the benefits, but also the real TCO (total cost of ownership) of buying and running an EV van.