Rural communities could face inadequate charging infrastructure if it develops based on market demand, the National Grid has warned, adding that Government support will be needed to put in high-powered connections in some areas. 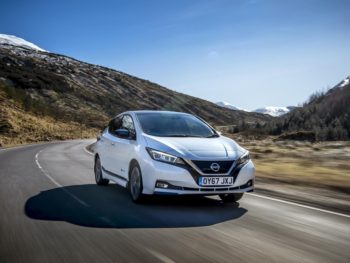 Rural communities, where demand is lower, could miss out on high-powered charging points.

Speaking at the Westminster Energy, Environment and Transport Forum, the company’s UK public affairs and policy senior manager, Peter Abson said the most cost-effective way to add capacity for high-powered charging would be for sites to add direct connections to the transmission network – which customers with large power consumption demands can request.

In turn, these upgraded connections would could underpin a network of 54 sites at UK motorway service stations, which the National Grid said will put ultra-fast chargers within a 50-mile radius of 99% of the English and Welsh population. The company told Fleet World earlier this year that it was identifying the foundations for this network to be rolled out, but it has no plans provide the charging points themselves.

However, investment so far has tended to be in areas of high demand, he explained: “While the market is poised to invest, we know from talking to participants that many are struggling to make a case for a group connection to the grid. The market-led approach will lead to unequal distribution [of charging points] across the UK, and many rural areas without ultra-fast rapid chargers. It means those communities facing inadequate mobile and broadband coverage will also be under-served by electric vehicle infrastructure, resulting in government intervention at a later stage and more cost.”

The National Grid’s proposal is for the Government to underwrite the cost of the connection, and for charging networks to contribute as they use the capacity. “We are keen to work with legislators and industry to make sure infrastructure is not a blocker [to electric vehicle uptake], and can be distributed in the most efficient way,” said Abson.