The majority (82%) of drivers believe the sale of new petrol and diesel cars and vans should end before 2035 – although there are still concerns in the fleet and industry sectors over the feasibility of an earlier date. 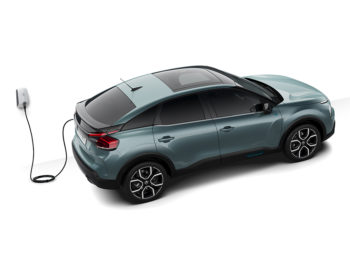 The research, carried out by the newly formed Electric Vehicle Association (EVA), shows widespread support for moving the diesel/petrol new car ban to 2035

A public consultation closed last week on whether the original phase-out date of 2040 for internal combustion engine (ICE) vehicles could be brought forwards to 2035, or even 2032. And the new research, carried out by the newly formed Electric Vehicle Association (EVA), shows widespread support for moving the date to 2035. And 82% would support an even earlier date while 65% would even be in favour of 2030 as a deadline.

Most participants (78.5%) also don’t believe an earlier phase-out date would put unfair pressure on the automotive industry and its employees.

The responses do largely come from drivers au fait with EVs. The research was carried out among 1,114 individuals who were predominately drivers or prospective drivers of EVs, as well as other drivers who have not yet made the change – with responses primarily secured in collaboration with the 35-plus regional electric car clubs in England.

Based on the results of the survey, EVA England – which will officially launch later in 2020 and will champion the views of electric drivers in areas including charging too – will encourage the Government to bring forward the phase-out date for the sale of new petrol and diesel cars and vans to 2030.

Other popular actions highlighted by the survey results that the Government could take would be:

However, while the research indicates driver support for an earlier date, it remains very topical in the fleet and automotive industries.

Last month saw a coalition of major UK fleets say that 2030 is actually an achievable target – but barriers remain to this and must be addressed.

But the BVRLA has told the Government that setting a single date for ending the sale of new petrol, diesel and hybrid vehicles would be a mistake; part of its response to the 2035 phase-out consultation.

Since then, the Petrol Retailers Association (PRA) has expressed its concerns over the impact of a 2035, or earlier, date on different sectors of industry and society; particularly at a time when the economy is struggling to recover from the coronavirus lockdown.

The original date of 2040 is already “a very tough ask”, according to PRA chairman Brian Madderson, and the association has highlighted a number of areas of concern, from the cost impact on less well-off consumers and those in rural areas, to grid power supply and petrol filling stations; many of which rely on a fast turnaround of customers using onsite shops and forecourts and would struggle with the longer times required for charging. Madderson also said many PRA members are unconvinced that there is yet sufficient revenue to support the high investment needed for charging solutions.

The PRA also said that proposals to ban hybrid as well as petrols and diesels would not be effect. Maddison explained: “In addition to the numerous challenges facing businesses and consumers, banning the sale of hybrids will be counterproductive to achieving the policy’s goals. It will remove an important bridge between the internal combustion engine focused automotive market and the market for electric vehicles. People who take long journeys will be incentivised to keep their internal combustion engine vehicles running for as long as possible.”

He finished: “The Government must have a coherent strategy to address the significant barriers to the adoption of EVs or even the original 2040 policy will be extremely difficult to implement.”