Ecotricity is launching a new pricing model to use its Electric Highway rapid charging network in a move to charge more proportionally for energy taken. 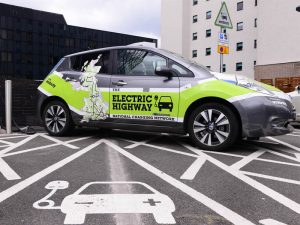 Ecotricity says its new pricing model is based on usage data and will bring typically lower charging costs across all makes and models.

The energy firm introduced charging in July 2016, firstly with a fixed £5-for-20-minutes fee that drew widespread criticism for making a usable top-up – which in many cases requires two charge sessions – as expensive as filling up with petrol or diesel. Less than a week later, Ecotricity said it would offer a charge session of up to 30 minutes for £6, said to enable most electric vehicles to reach 80% battery capacity and providing the best ‘one size fits all’ approac. Prior to this, the network had been free to use.

Now Ecotricity says it’s launching a new pricing model that separates the cost of energy from the cost of providing the service.

Effective from 26 June, energy will be charged at 17p per kWh – equivalent to the rate that people pay at home according to the company – with a £3 connection fee. The maximum length of charging session has also increased, to 45 minutes, with drivers able to charge their car for two consecutive sessions.

Ecotricity home energy customers won’t be charged the £3 connection fee, and, unlike the outgoing charging structure, this won’t be subject to a ‘Fair Usage’ policy. Drivers could previously get 52 free charges if they were Ecotricity home customers – the company said it will be keeping an eye on usage to make sure that it is within reasonable limits.

According to the firm, the new model will give more flexibility and typically lower charging costs across all makes and models. As an example, a full charge on a 30kWh Nissan LEAF equates to a fee of £8.10 for non-Ecotricity customers and according to our long-term test of the car should be easily achievable in less than 45 minutes – compared to the £12 fee for two charges they would have faced before.

The new pricing structure also sees the cost of fully charging a 9.8kWh Mitsubishi Outlander fall to £4.67 including the connection fee, down 61% on the £12 it would have taken before and achievable within one charging session.