The Go Ultra Low campaign has been relaunched to include energy companies as well as a number of additional EV manufacturers, helping to drive its work to promote electric car ownership. 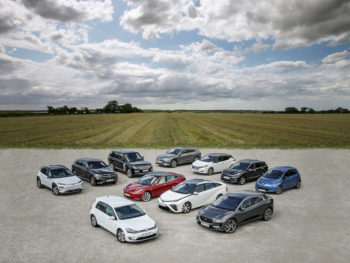 The campaign, which is backed by the Society of Motor Manufacturers and Traders (SMMT) and the Government’s Office for Low Emission Vehicles, has joined forces with energy providers Centrica, EDF Energy, E.ON and SSE Enterprise along with Octopus Energy and sister company Octopus Electric Vehicles.

The relaunch of the campaign comes as Go Ultra Low publishes new research showing that UK motorists are increasingly seeing electric mobility as part of everyday life as prices of electric vehicles come down and more are seen on the roads.

The survey found that two-thirds (69%) of people expect electric cars to be referred to simply as cars by the year 2030.

Perhaps not surprisingly, when asked what factors would improve the likelihood of purchasing an EV, close to half (45%) of respondents cited improved charging infrastructure while a quarter (25%) said a wider variety of models would increase their interest.

However, the research also found that drivers believe there are only 15 electric, hydrogen and PHEV models available; in actual fact, there are 24 fully electric and hydrogen models and 27 plug-in hybrids available to buy in the UK new car market, with this number set to double over the next 12 months.

Poppy Welch, head of Go Ultra Low, said: “When we look at the EV market, it is clear we’re on the way towards electric mobility becoming part of everyday life for UK motorists.

“As we welcome Ben as our ambassador and a host of new members to the campaign – bringing together government and key players across the EV industry – we’re now better placed than ever to tell the full story of electric car ownership.”

Secretary of State for Transport Grant Shapps added:  “We want to reduce carbon emissions and improve air quality to safeguard our children’s future and leave the environment in a better state than we inherited it.

“The Go Ultra Low campaign is just one example of how Government and industry are working together to make the UK the best place in the world to own and run an electric vehicle, as we drive towards a greener future.”