Europe has no shortage of charging points, says report

Slow uptake of electric vehicles across Europe has more to do with limited availability of vehicles than a lack of charging infrastructure, according to a new report published this week. 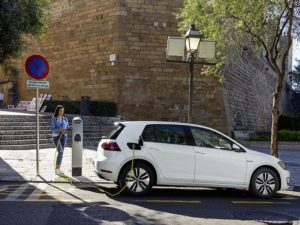 Europe’s charging network is sufficient until 2020, the report says.

The Platform for Electromobility, an alliance of 31 manufacturers, utilities, infrastructure providers, cities and other organisations, looked at current and planned charging point roll-out across Member States, based on government plans submitted to the European Commission.

According to the Commission’s targets, there should be one charging point for every ten electric vehicles. Europe is well ahead of this, currently averaging five per charging point (albeit with some areas of over and under-supply), while sales and roll-out plans suggest it will still meet the Commission target by 2020.

Plans to put rapid chargers at 60km (37-mile) intervals along major routes are also looking likely to be beaten by the end of the decade, with projections that this could be as short as 40km (25 miles) instead. After this, investment will need to be stepped up, the report said, to meet demand, with further impacts from longer-range batteries and faster charging times, as well as an increase in EV drivers without off-street parking.

Instead, the report suggests it’s limited availability of the electric vehicles themselves which is holding the market back. Across Europe, these totalled 1.4% of total new registrations last year, though the UK was slightly ahead of that average, at 1.9%, and listed in the document as one of ten countries which are putting a clear focus on electric mobility. The UK has around 15 EVs per charging point, and some gaps in the network which are being addressed over the next two years.

Marie-France van der Valk, head of the Brussels Renault-Nissan Alliance office and chairwoman of the Platform for Electromobility, said: “The European Member States are taking the right turn on electro-mobility and the EV market is starting to develop in an encouraging way. But full electro-mobility momentum can only be achieved together, with all of the EU members taking real initiatives for more infrastructure, green public procurement and actively supporting the shift to a low-carbon economy.”

Previous: Chargemaster predicts half a million EVs on UK roads by 2020
Next: Dyson seeks additional 300 automotive workforce for EV project